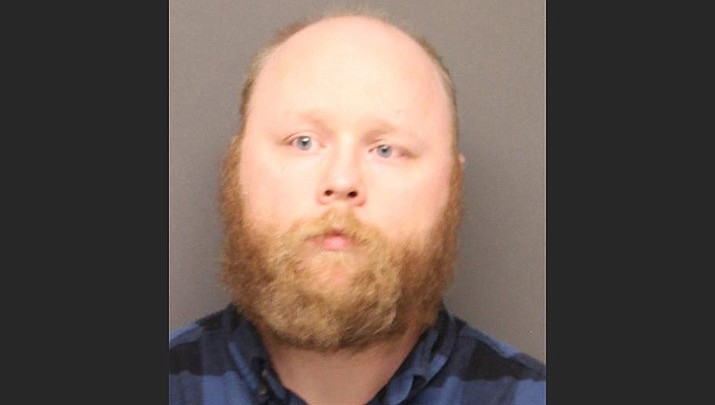 KINGMAN — Mohave County Sheriff’s Office detectives arrested Benjamin Reed Moore, 33, of Kingman, on Thursday, July 21 after receiving a cyber tip from the Internet Crimes Against Children Task Force in reference to a user of applications, KIK and Snapchat, who was in possession of child sexual abuse material.

During the investigation, the user of the accounts was allegedly identified as Benjamin Moore, according to an MCSO press release. Thursday morning detectives served a search warrant at Moore’s residence in the 2400 block of Harrod Avenue where he was contacted and taken into custody. He’s been charged with four felony counts of sexual exploitation of a minor.