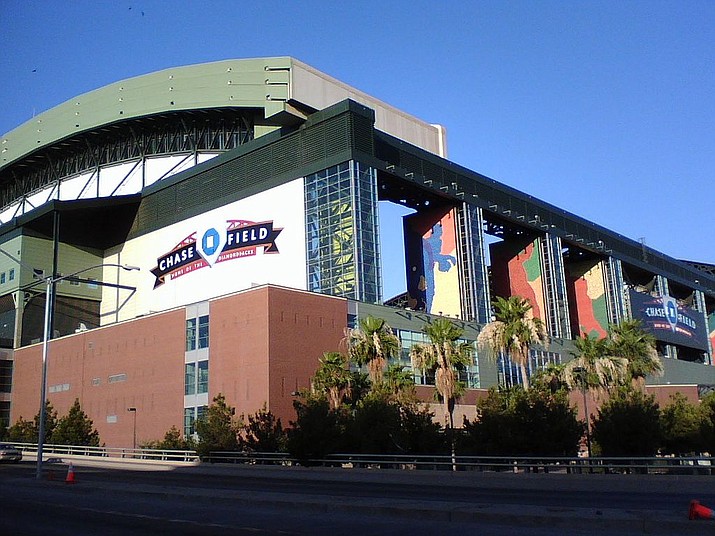 Outfielder Druw Jones, chosen as the No. 2 pick in the Major League Baseball draft by the Arizona Diamondbacks, injured his shoulder while taking batting practice with the team on Monday, July 26 at Chase Field in Phoenix. (Photo by Floridan, cc-by-sa-2.0, https://bit.ly/3AWYt7d)

PHOENIX - Arizona Diamondbacks outfielder Druw Jones, the No. 2 pick in last week's amateur draft, was sent for an MRI after injuring his shoulder during his first batting practice with the team Monday.

The Arizona Republic reported Tuesday that Jones, son of 10-time Gold Glove Award winner Andruw Jones, felt a tweak in his left, non-throwing shoulder during a batting practice round at Salt River Fields in Scottsdale, Arizona. The team was awaiting results from an MRI.

If Jones requires surgery, it's unlikely he'd be able to return before end of the minor league season in September.

The 18-year-old Jones was considered by many as the top prospect in the draft after winning Gatorade's Georgia High School Player of the Year award. He reportedly received a signing bonus of $8.19 million.