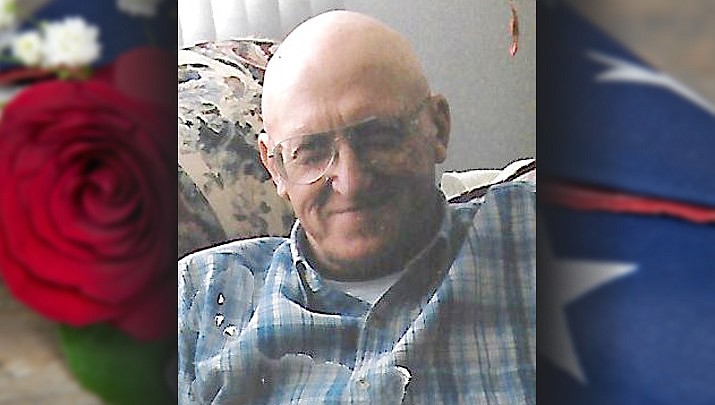 Perry Krieble was born in Cincinnati, Ohio, and traveled between Orville, Ohio, and Lander, Wyoming, with his parents Edwin and Pauline Krieble.

In Lander he learned how to be a cowboy on his father’s ranch, participated in rodeos, won six belt buckles over the years and his horse ‘Buck’ helped him meet girls.

Buck liked beer and tobacco. Perry’s horse would see the cans of tobacco and get it from the girls by taking their chewing tobacco and drinking their beers. His horse Buck knew how to open pockets and open the tins for the tobacco. Buck also knew how to pop the tops off the beer bottles, tip it up, guzzle it down and put the bottles back in the cases then grab another one.

Perry graduated high school in Orrville Ohio in 1959. In 1960 he joined the Navy to fight in Vietnam. Perry completed three tours in Vietnam from 1960 to 1965.

He was stationed in San Diego, California, where his daughter Rhonda was born. After the Navy he took his family to live in Oregon where he worked as a state patrolman and as an undercover policeman.

After his divorce he moved into the sales area with various companies. He moved to Wickenburg near his parents and where his new wife Marti had two daughters: Samantha and Melissa. He participated in being part of the ‘Goldrush Gang’ during his time there and enjoyed being a volunteer wherever he could help others.

He divorced again and continued his sales career in Albuquerque, New Mexico, along with being a private detective. He worked for Wurth enterprises taking care of the southwestern states region. He volunteered and helped others in need many times and in many ways. He met his wife Carol in 1995. They became friends for many years, then husband and wife.

He moved to Kingman with Carol and started to participate and create a life in Kingman with her. When hurricane Katrina was over he joined Erin Forbes in bringing items to New Orleans to help out their co-workers who lost quite a bit. Sadly, he inherited Alzheimer’s dementia from his family, and suffered along with all the damage done to his body by his rodeo days, Vietnam missions and police work.

He succumbed to his ailments on Summer Solstice June 21, 2022 at 04:52 a.m. surrounded by his angels, friends who had passed before him and people who cared about him and loved him at Cerbat Guest Home. He loved his wife Carol Schachtner very much, and she loved him. He was the center of her life. She made sure he was well taken care of and safe. Living Waters Hospice aided his comfort in his last days. He will be missed by many, and remembered well.

Perry, you were the best husband. I was honored to be your wife, and will miss being able to hold your hand. I know you are in heaven with everyone and enjoying not having the confusion and pain any longer. I love you Perry, Carol.