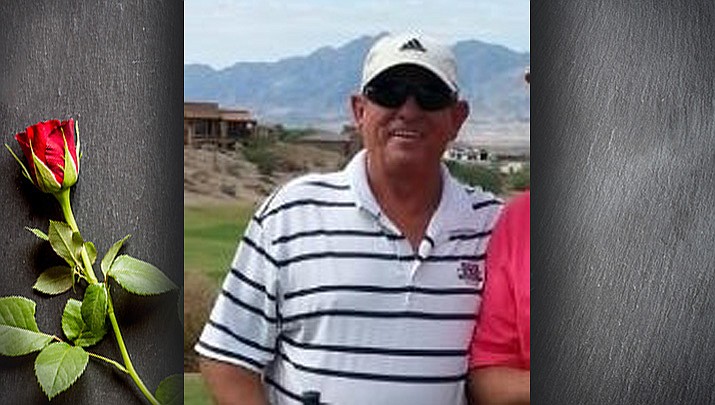 One year ago, Mike Martinez, a man of many talents, contagious smile and a hardy laugh, died unexpectedly from a heart attack June 02, 2021, at the age of 60, in Flagstaff, Arizona.

Mike was born to Dell Martinez and Charlene (Bird) Martinez Aug. 15, 1960, in Fort Richardson, Alaska. As a child, he was highly energized and popular with his fun-loving personality and dimpled smile.

He was skilled athletically in many sports, but especially enjoyed baseball. As an adult, he was an avid golfer. From an early age, and throughout his life, he was a devoted, passionate Denver Broncos fan.

In 2002, Mike and Laurie moved to Kingman, Arizona, to be near his brother and best friend Anthony, just one year older, and began working for the Arizona Department of Transportation as a highway construction inspector. After he retired from ADOT, he continued in the same field working for a consulting firm.

Mike is survived by his wife Laurie, his brother Anthony and sister-­in-law Mary, his stepdad Eddie Powell; his daughters Crystall, Justeen and Chelsea; eight grandchildren and many aunts and uncles.

Mike also had three half-brothers from the same father, Ron, Dell and James. He was laid to rest in the family plot at the New Elmwood Cemetery, in Fruita, Colorado beside his mother. Mike is missed very much.