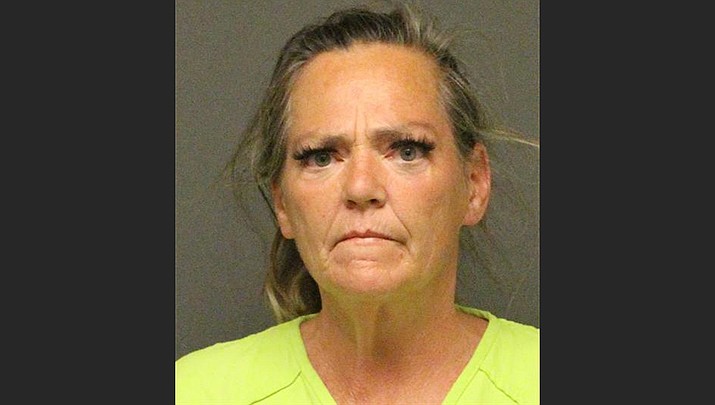 On Sunday, June 5 at 4:22 p.m., deputies were on patrol in the area of Highway 95 and Commercial Street and conducted a records check on a vehicle and discovered that the registration was suspended, according to an MCSO press release.

A traffic stop was conducted and deputies contacted the driver and sole occupant, later identified as Hollingsworth. During contact, deputies observed a prescription pill bottle with a torn label in plain view in the cup holder. Deputies questioned Hollingsworth on the contents of the bottle, and she allegedly advised that it contained morphine pills.

According to law enforcement, Hollingsworth initially stated that the morphine was prescribed to her, but when deputies questioned her further, Hollingsworth allegedly admitted to not having a prescription and that she got the pills from a friend.

A records check revealed Hollingsworth is a prohibited weapons possessor due to prior felony convictions, according to law enforcement. Hollingsworth was arrested and transported to the Mohave County Adult Detention Facility in Kingman without incident.