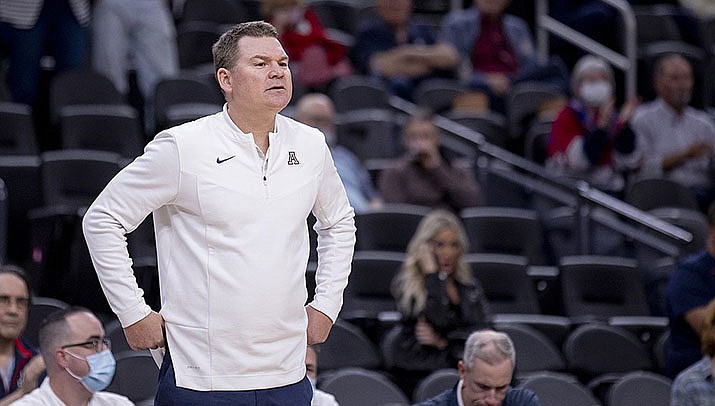 TUCSON, Ariz. - Arizona basketball coach Tommy Lloyd has agreed to a five-year contract extension through 2027 following a successful first season in the desert.

The Arizona Board of Regents on Thursday approved the contract, which gives Lloyd a $1 million raise next season and includes $19 million in total compensation.

Lloyd will continue to get $700,000 per year in additional duties compensation.

A former longtime assistant to Mark Few at Gonzaga, Lloyd had a successful first season at Arizona, earning Associated Press national coach of the year honors after leading the Wildcats to a 34-3 record and a trip to the Sweet 16.

Arizona won the Pac-12 Tournament and was the first team in league history to win 18 conference games. The Wildcats reached No. 3 in the AP Top 25 and were a No. 1 seed in the NCAA Tournament.