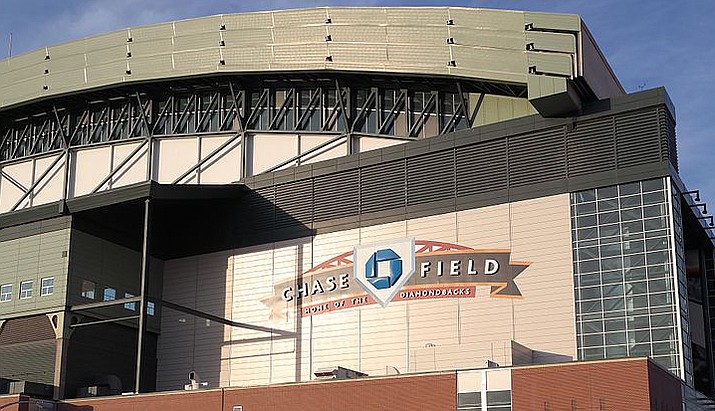 Mahle pitched three-hit ball and became the first pitcher since 1900 to not win while throwing nine or more scoreless innings on the road with at least 12 strikeouts and no walks, according to STATS. He threw a career-high 119 pitches.

“Seeing him being able to get through the ninth was a lot of fun," Reds manager David Bell said. “I wanted to make sure he was OK, he looked over and gave me a little nod, I’ll probably remember that look for the rest of my career.”

Cincinnati has won three in a row for the first time since taking four straight from May 25-28. Mahle said catcher Aramis Garcia deserves a lot of the credit for his performance.

“If you go back and watch the sequences that he was calling, they were the greatest I’ve ever seen, by far," Mahle said. "That was the greatest game I think I’ve ever seen called. Keeping them off balance, going in, out, up, down, that was really cool. ”

Arizona has lost eight of 11.

“I think (Mahle) was changing speeds early, attacking the zone, hitting the edges,” D-backs manager Torey Lovullo said. “And then it was just a very explosive (fastball) to finish our hitters off.”

On a night that was scoreless through nine innings, the Reds took a 4-3 lead on Almora's triple in the 12th off Sean Poppen (1-1). Jonathan India brought home Almora with a single.

Joel Kuhnel needed just five pitches in a perfect 12th for his first big league save.

“What a game, I can’t even remember what happened," Bell said. “All I know is both teams continued to play and battle and do everything in their power to win the game. Fortunately we came out on top. Games like that can go either way.”

Kyle Farmer’s two-run single in the 11th scored Brandon Drury and Tommy Pham, giving the Reds a 3-1 lead. But the D-backs rallied in the bottom half after Luis Cessa (3-1) threw two run-scoring wild pitches with two outs.

Cincinnati scored in the 10th off Mark Melancon. Pinch hitter T.J. Friedl doubled down the line just inside the first base bag to score Matt Reynolds, who started the inning as the automatic runner on second.

But Arizona came right back in its half of the inning. David Peralta doubled into the right field corner to tie the game and got to third when Almora couldn’t dig the ball out of the corner. He was stranded when Pavin Smith popped out and McCarthy struck out.

Davies was helped by a stellar defensive play in the seventh. With one out and Farmer on first, Mike Moustakas doubled over Alek Thomas and off the center-field wall. Right fielder Daulton Varsho backing up the play, fielded the carom perfectly and hit the cutoff man Ketel Marte, who spun and threw a one-hop strike to catcher Carson Kelly to nail Farmer.

Reds: OF Aristides Aquino, who was a late scratch Monday due to a left calf strain, was placed on the 10-day IL. Manager David Bell said Aquino is expected to be out 4-6 weeks and will see a specialist back in Cincinnati. ... India (hamstring) was back in the lineup and leading off tonight. He was activated Monday from the IL but due to travel delays he arrived shortly before gametime and did not play. ... Almora had to come out of the game after his triple and run scored in the 12th due to “tightness” in his leg, according to Bell.