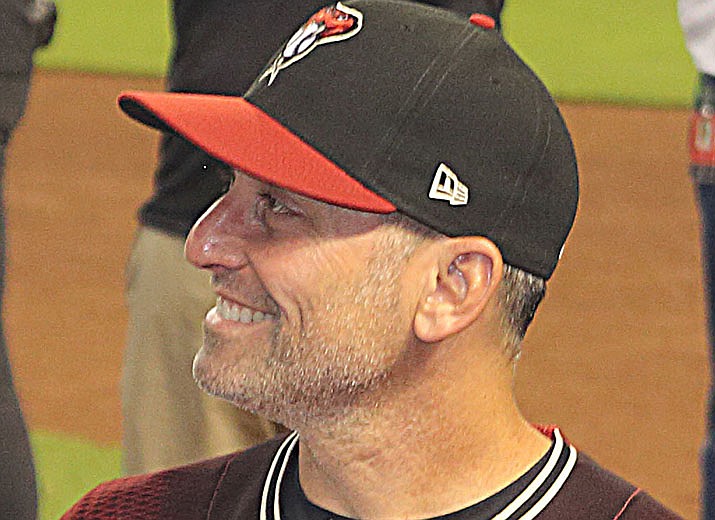 PHOENIX – Zac Gallen pitched seven effective innings despite an early bout of wildness, and the Arizona Diamondbacks used a four-run eighth inning to top the Cincinnati Reds 7-4 on Wednesday.

Geraldo Perdomo hit a two-run homer for the Diamondbacks, who avoided a sweep after the Reds took the first two games of the series.

Arizona went ahead to stay on David Peralta’s one-out RBI single against Art Warren (2-3). Pavin Smith drove in Ketel Marte with a fielder's choice, and Perdomo's RBI single lifted the Diamondbacks to a 6-3 lead. Smith scored on a balk by Reiver Sanmartin.

Brandon Drury hit his 13th homer for Cincinnati, which had won three in a row. Luis Castillo pitched seven innings of four-hit ball.

Gallen settled down after a brutal start. He hit four of his first eight batters, two in the first and two in the second. He said he was trying to throw inside and didn't believe all the pitches were bad.

“(Joey) Votto was a strike, (TJ) Friedl I was trying to go up-and-in and just clipped him," Gallen said. "The only one that really got away was Drury.”

The Reds pushed across two in the second when Gallen had a throwing error on a pickoff attempt and Jonathan India hit a run-scoring double into the left-field corner.

The four hit batters set a Diamondbacks franchise record. It was one shy of the modern-day record set by Brooklyn's Oscar Jones, who hit five batters in a game in 1903, according to the Elias Sports Bureau.

“I commend the Reds for not getting frustrated and potentially retaliating," Arizona manager Torey Lovullo said. “Sometimes some organizations believe that if you hit one of ours we’re going to hit one of yours. I don’t (believe that), and I don’t think David Bell does. There was a lot of restraint there and I think it was done the right way.”

The Diamondbacks answered in their half of the second. Doubles by Peralta and Alek Thomas produced the team's first run, and Perdomo made it 3-2 when he connected for his second homer on a first-pitch fastball.

The 22-year-old Perdomo is a very good defensive shortstop and his bat is beginning to improve, rewarding the team's patience.

“Playing well on top of us showing the confidence in him to keep him here through some early moves when he could have been a candidate to get sent down and he wasn’t, I think gave him a little boost," Lovullo said.

Three good defensive plays in a row helped out Gallen in the bottom of the fifth. Thomas made a running grab of a smash to the left-center warning track by Aramis Garcia, and Josh Rojas then turned in two excellent plays in a row.

India hit a hard grounder to Rojas’ backhand that he fielded cleanly and then threw to first. Then the third baseman made a diving catch on a sinking liner by Drury.

Gallen retired his final 16 batters. He struck out five and allowed just two hits without walking a batter.

Diamondbacks: Off Thursday before beginning a three-game series against Minnesota.