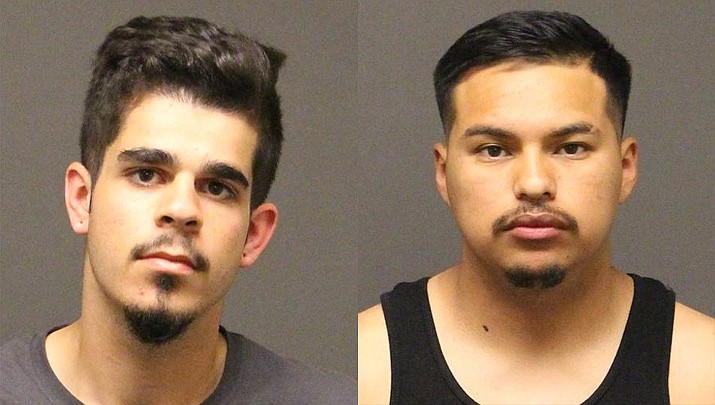 KINGMAN – Three persons were arrested, including a 16-year-old juvenile, after a shooting incident at about 5:30 p.m. on Sunday, June 19 in the Kingman area.

According to the Mohave County Sheriff’s Office, deputies were called to the area of Anson Smith Road and White Cliffs Road to a report of a shooting incident. Upon arrival, deputies found that all parties involved had fled the scene.

After making contact with the reporting party and alleged victims, deputies learned that the incident began the previous day when an altercation occurred, and the parties involved had agreed to meet the following day to attempt to resolve their differences, according to an MCSO news release.

Deputies said that a 16-year-old male juvenile, upon arrival at the meeting on Sunday, fired multiple rounds at the victims, and continued to shoot as they drove away. Nobody was injured.

MCSO said deputies were able to locate the vehicle the alleged perpetrators were in, and a shell casing was found on the windshield wiper of the vehicle. They eventually apprehended three suspects.

The juvenile was booked into the Mohave County Juvenile Detention Facility for disorderly conduct with a weapon, aggravated assault and drive by shooting.

Juan Ipina-Rodas, 20, of Kingman, was arrested on charges of aggravated assault, disorderly conduct with a weapon and drive by shooting. He is being detained in the Mohave County jail.

Ali Ayad Almayahi, 20, of Kingman, was charged with hindering prosecution, aggravated assault and disorderly conduct with a weapon.

The investigation continues, and MCSO said additional charges are pending.