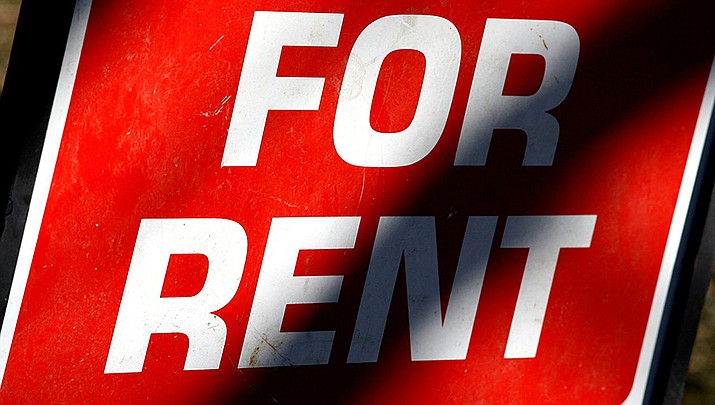 The Arizona House on Wednesday approved a ban on cities and towns levying taxes on rent for apartments and homes, a move that will save renters but cost municipalities about $200 million a year. (Adobe image)

PHOENIX – The Arizona House on Wednesday approved a ban on cities and towns levying taxes on rent for apartments and homes, a move that will save renters but cost municipalities about $200 million a year.

The measure has support from Republican Senate President Karen Fann, which means it is virtually certain to get a vote even though the Legislature is in its final days before adjourning for the year.

“We're trying to keep people in their homes,” Fann said Wednesday while explaining the last minute revival of the measure. “We are trying to make sure that with these rising costs .... we’re trying to help out everybody here.”

The League of Arizona Cities and Towns strongly opposed the bill that emerged in March but had been stalled. The group representing municipalities argued that cities would have to either raise taxes elsewhere or cut services.

The group said 71 of Arizona’s 91 cities would lose funding needed to pay for police, fire and other services, while cutting the tax would give little help for people who have seen their lease payments skyrocket.

Republican Rep. Shawnna Bolick of Phoenix touted her bill as a way to provide relief for people who have seen their rents soar this year. But Bolick amended the bill on Wednesday to delay implementation from Jan. 1, 2023, until Oct. 1, 2024.

That was in part to comply with a 2019 agreement the Legislature made with cities not to change their taxing authorities for five years. The agreement came when lawmakers approved the automatic collection of taxes on internet sales but limited how much went to cities.

“When you go to the gas station and you have to pay almost $6 for regular gas to fill up your car, there’s not really another place to get those dollars,” Bolick said. “So this will bring some relief to our renters that we have across the state in those cities that are applying a (tax).”

Four House Democrats joined all but one Republican in backing the measure, which passed on a 33-25 vote.

Republican Rep. Brenda Barton of Payson opposed the measure, saying the Legislature was taking away the ability of small cities and towns to decide what taxes to levy to support their governments.

Fann said municipal revenues have been soaring along with state tax receipts. The state has a historic $5.3 billion surplus this year, and cities get a share of that revenue.