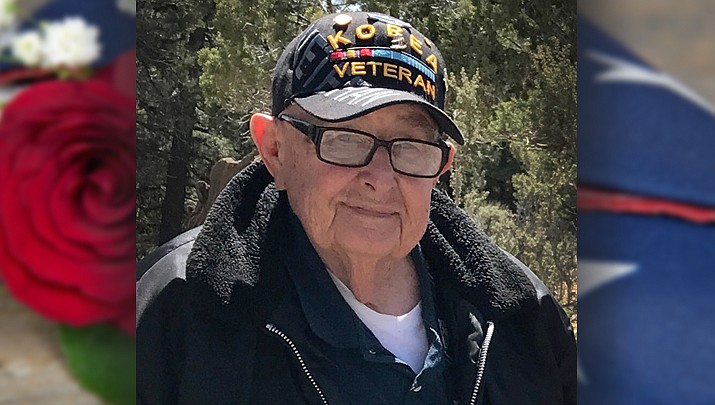 Lawrence “Larry” Jerome Gudde, age 91, passed away peacefully at home in Kingman, Arizona on May 20, 2022. He was the son of Jerome and Verna Gudde. He was born on Dec. 28, 1930, in Holden, Missouri, and moved to San Diego, California, at the age of 9. He has four siblings -- Robert Gudde, Marvin Gudde, Thomas Gudde and Terry Gudde.

Larry’s military service was from 1949 to 1956. PFC Gudde served in the Army during the Korean War and for several years in the National Guard.

Professionally, he was a tool and die maker. He spent the majority of his career at Bourns Inc., in Riverside, California. His problem-solving skills and ability to fix things that were thought to be “unfixable” are just two of the many qualities he will be remembered for along with his sense of humor and love of his family.

In 1957, he met and married Carole A. Parker (deceased) and moved to Riverside, California. They have four children -- Debbie Reed, Judy Adair, Harlan Gudde and Wilma Reynolds.

Larry loved aviation and spent much of his time at airports, first in Riverside at Flabob Airport where he rebuilt a 1939 Taylorcraft airplane and secondly (during his retirement years) he worked at Brackett Aircraft Company in Kingman, Arizona.

In 1997 he met the love of his life, Helen Richens. They married in 2001. The two of them enjoyed 25 years together traveling throughout the United States by motorcycle and motorhome. In 2009, they settled in Kingman, Arizona, where they developed a community of friends and family.

He will be missed.