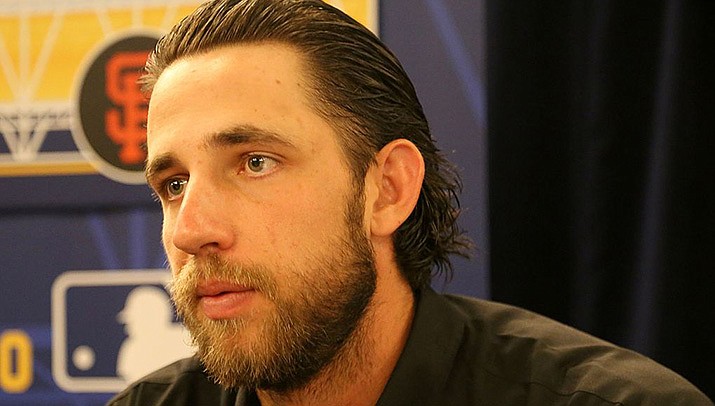 SAN DIEGO – Bob Melvin was back on the top step of the dugout for the first time in 12 games and his San Diego Padres welcomed him back with a sloppy yet satisfying win.

Jurickson Profar had four hits, drove in two runs and scored twice for the Padres, who jumped on Madison Bumgarner early in a 10-4 victory against the Arizona Diamondbacks on Wednesday for a three-game sweep.

“I was just happy I was out there. It was a rough 10 days," Melvin said. "I'm glad we won, obviously. But just getting back in this ballpark. It's one thing to watch it on TV and you miss the excitement and the fans and all that goes on here. So to be able to get in the dugout and kind of see all that again and get a win on top of it was great.”

The Padres greeted Melvin with some runs. After Mike Clevinger escaped a bases-loaded jam to get out of a tedious top of the first inning unscathed, the Padres scored four runs against Bumgarner.

“That first inning was a huge inning,” Melvin said. “They had us on the ropes and get nothing, and then it feels like we get a little momentum coming back into our dugout and all of a sudden we put on a four-spot. First inning was huge one, for Clev to get out of it and for us to respond in the bottom half.”

Jorge Alfaro, whose walk-off single in the 10th inning Tuesday night gave the Padres a 3-2 win, hit a solo homer in the sixth. Rookie José Azocar fell a home run short of the cycle in his first career three-hit game.

Bumgarner (3-8) got his 2,000th career strikeout but otherwise it was a tough day for the 32-year-old left-hander. The Padres led 4-0 after the first inning and 6-0 after the second to hand MadBum his fifth loss in six starts.

Adrian Morejon (1-0) pitched 1 1/3 innings for the win and Nick Martinez pitched the final 3 2/3 innings for his first save. Martinez also committed two of the Padres' four errors. He came on with the bases loaded with one out in the sixth and got out of the jam.

Profar had four straight singles and then was hit on the left hamstring by a pitch from Caleb Smith in the seventh. Profar angrily flung his bat and it skidded down the dirt almost all the way to first base. Profar was replaced with a pinch runner.

Profar, the leadoff batter, reached and scored in each of the first two innings. The Padres scored four runs with two outs in the first. Austin Nola hit a two-run, bases-loaded single and Trent Grisham and Azocar followed with RBI singles.

Luke Voit hit an RBI single in the second and another run scored on Alfaro's double-play ball.

Profar hit a two-run single in the fifth.

Voit whiffed in the fourth to give Bumgarner 2,000 strikeouts for his career. Bumgarner lasted only four innings, giving up six runs, four earned, and four hits. He struck out five and walked none.

Clevinger, making his first start and second appearance since coming off the COVID injured list, also went four innings. He allowed one run and four hits while striking out three and waliing two. He threw 29 pitches in the 20-minute first inning and loaded the bases with one out but got out of the jam unscathed.

Clevinger said it's “huge” the way the Padres have responded in Machado's absence. “It just shows the kind of camaraderie we have in this clubhouse. It's always the next-man-up mentality here. It's not going to be a ‘poor me,’ it's going to be ‘let’s go get it with what we've got.' It's amazing to see in this clubhouse."

Arizona's Alek Thomas homered leading off the third, his fifth. Christian Walker homered off Nick Martinez with two outs in the seventh, his 19th.

Diamondbacks: Haven't announced a starter for Friday night, when they open a three-game home series against Detroit.