Sales up at Kingman Visitor Center 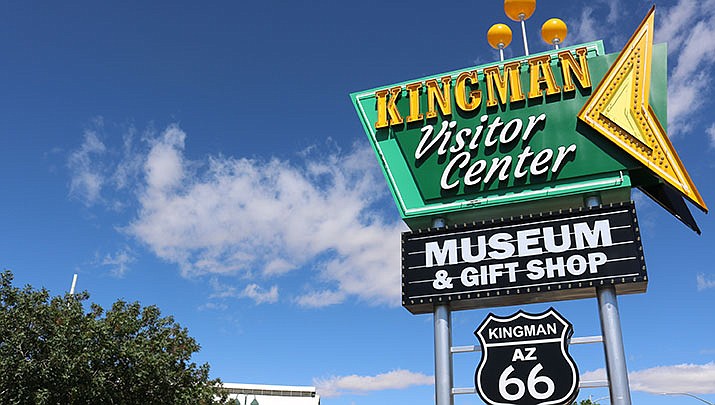 KINGMAN – Tourism continues to recover and the Kingman Visitors Center has seen a large increase of spring visitors, particularly in the gift shop.

According to Kingman Tourism Manager Josh Noble, visitation has doubled from spring 2021. In March more than 11,000 people visited the Visitors Center, followed by over 15,000 in April and around 12,500 in May.

“This is still a half to two-thirds of what we were experiencing in 2019,” Noble said.

The Visitor Center recently had their highest number of sales ever in May of 2022. Around $35,000 was collected from the gift shop alone.

“We’re seeing quite an increase over last year; almost double in our gift shop sales and about on par, if not beating, 2019,” Noble said. “That's definitely showing that people who are coming here are coming here with purpose. They’re going to the museums, they’re buying souvenirs, they’re going downtown.”

“We’re seeing room rates keep a good tick above what our average would have been otherwise,” Noble said.

Revenue per available room for the month of May was $72, a 7% increase over last year. When combined with the last 12 months, Noble said the revenue is up 29% compared to the previous 12 months.

“The average for the entire year is $65, including our winter months which are a little bit slower,” Noble said.

The Route 66 Fun Run has over 880 vehicle participants, which is the highest number they’ve seen since the event began 33 years ago. Noble said over 600 participants were not from Kingman, so that helped to bump up hotel stays and restaurant visits.

With the award ceremony being held in Kingman instead of Topock, Noble believes the increase in participants correlated with the location.

“That encourages people to stay in Kingman a little bit longer, and also helps to enhance that event,” Noble said. On May 27, the inaugural National Road Trip Day also brought crowds to celebrate the new holiday. Noble did not have turnout numbers for the event.

“It was a lot of work, but I think we had a lot of success from it,” Noble said.