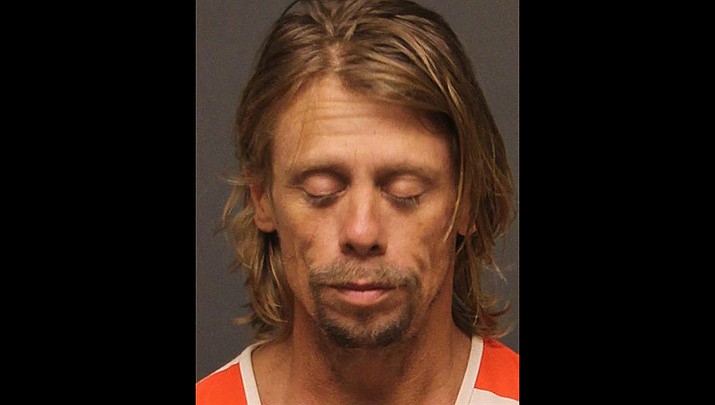 KINGMAN — On Tuesday, June 28 at around 6 p.m., deputies and detectives with the Mohave County Sheriff’s Office responded to the 900 block of Blake Ranch Road to a report of a vehicle striking a pedestrian.

MCSO reported that the vehicle left the scene of the crash prior to law enforcement’s arrival, according a news release from MCSO. The pedestrian was identified as David Schaffer of Bakersfield, California. Schaffer sustained serious injuries during the incident and was flown to a Las Vegas Hospital for advanced care.

With the assistance of the Arizona Department of Public Safety, the involved vehicle was located nearby. The suspect, identified as Keathen Giamboi, 45, of Virginia, was located in the area of his abandoned vehicle by MCSO K9 units and was taken into custody without incident.

Giamboi was booked into the Mohave County Adult Detention Facility on one count of attempted first-degree murder. This investigation continues.