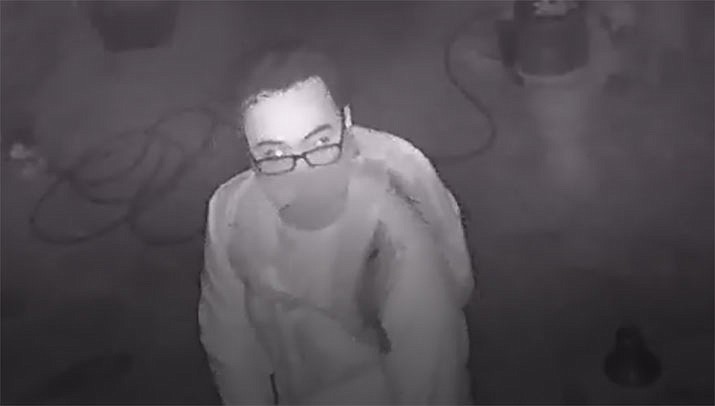 MCSO are seeking the public’s assistance in locating the suspect of a double homicide that took place on Tuesday, June 28. The suspect, shown here, is described as a white male with dark hair and glasses. (Photo from MCSO)

KINGMAN - Mohave County Sheriff’s Office detectives are continuing their investigation into a double homicide that occurred east of Kingman on Tuesday. The victims have been identified as Darren Vanhouten, 50, and Retta Atkins, 73.

Deputies responded at about 8 p.m. Tuesday to a residence in the 9200 block of Dilligaf Road for a welfare check and found the bodies, according to an MCSO news release.

Detectives have acquired still images from the home surveillance system. The subject depicted in the photos is wanted for questioning. He is described as a light-skinned male with dark hair, approximately 20 to 30 years of age, 5’6’’ to 6’0’’ in height and weighing 150-170 pounds. The subject appeared to wear glasses.

Mohave Silent Witness has offered a reward of $2,000 for information leading to the arrest of the person responsible for the homicides.