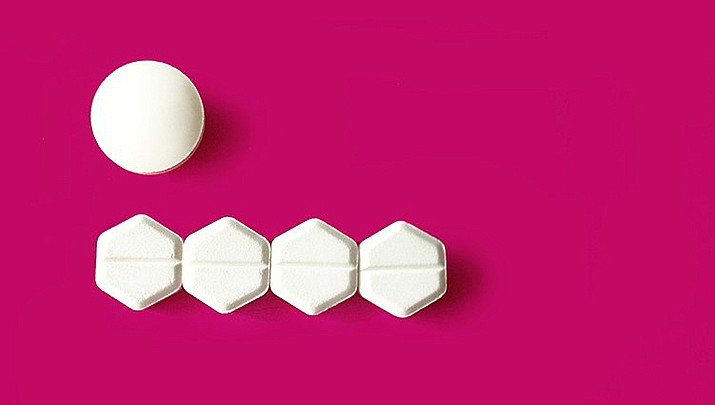 The ability of women in Arizona to continue to get access to at least one form of abortion if the U.S. Supreme Court voids Roe v. Wade could depend on whether the state can enforce a little-known 2021 law. (Photo by VAlaSiurua, cc-by-sa-4.0, https://bit.ly/3KRQVnd)

PHOENIX — The ability of women in Arizona to continue to get access to at least one form of abortion if the U.S. Supreme Court voids Roe v. Wade could depend on whether the state can enforce a little-known 2021 law.

That law makes it illegal to deliver any abortion-inducing drugs to Arizona residents by courier, delivery or mail services. And that would close off the opportunity for an Arizona woman, unable to terminate her pregnancy with the help of a physician in the state, to get the drugs she needs from elsewhere.

But Cathi Herrod, president of the Center for Arizona Policy which helped craft the legislation, acknowledged that blocking the drugs from being sent into Arizona from a pharmacy in another state -- or even another country -- where abortion remains legal could be logistically difficult.

And that could provide an alternate method of self-help for women, at least in the early stages of pregnancy, regardless of whether Arizona outlaws abortions outright.

The whole question of whether women should be able to get abortion pills by mail is an outgrowth of a decision in April 2021 by the Biden administration to temporarily stop enforcing a requirement that the first of the two drugs required to terminate a pregnancy must be dispensed in person. That was in direct response to the COVID pandemic.

As that decision was being considered, Arizona lawmakers approved the language that makes it illegal to deliver any abortion-inducing drugs to Arizona residents.

That provision, however, did not get much debate as it was tucked inside a much larger 23-page measure that made a series of other changes in abortion law. Most notably -- and the issue that got the most attention -- was one making it a crime for a doctor to accede to a woman’s request for an abortion knowing that the sole reason was a fetal genetic defect.

A federal judge, responding to a lawsuit, enjoined that provision from taking effect. And a bid by Attorney General Mark Brnovich to ask the U.S. Supreme Court to intercede has so far gone unanswered.

But the abortion providers and others who sued over the genetic defects language never challenged the mail-order issue. And that law is now on the books.

What makes the issue relevant is that in December, as the U.S. Supreme Court was taking up the issue of abortion rights, the U.S. Food and Drug Administration decided to permanently lift the restriction on access to abortion pills. That now allows women anywhere to make telemedicine appointments with providers who can write them a prescription for the two-drug treatment and then have it sent by mail to the patient.

That could prove helpful to women in states where abortions are outlawed if Roe v. Wade is overturned and states are allowed to outlaw the procedure outright.

Arizona has an abortion ban that has been on the books since territorial days. And Herrod and other abortion foes contend that would immediately become enforceable if and when the justices overturn the 1973 ruling.

That, then, goes to whether Arizona women will still be able to skirt the 2021 law and get abortion pills delivered.

“Abortion pills are being mailed into this country from places like India, is my understanding,’’ Herrod said.

A website operated by the National Women’s Health Network backs that up, providing a link for online consultation for abortion pills by mail. There are some warnings, though.

“This service is provided by a license physician from overseas,’’ it says. `The pills provided are generic versions of the medication which are shipped from an Indian online pharmacy.’’

“So how to stop that is unclear to me,’’ Herrod said.

There are other options like traveling to another state where abortion will remain legal.

But for those not interested in driving or flying somewhere, there may be other ways to get a medication abortion in Arizona, regardless of state laws here.

Doctors may be unwilling to serve out-of-state residents. But the National Women’s Health Network has a workaround for that, too: Set up a “virtual mailbox’’ before making an appointment for an online consultation and then have the companies that provide these mailbox services do forward items.

The site acknowledged, though, that women consulting one of these out-of-state doctors by computer or phone may need to lie about their physical location at the time of the online consultation.

Herrod said that, regardless of what people believe about abortions, there are medically sound reasons to not let women self-medicate.

Mifepristone, also known as RU-486, stops the pregnancy by terminating the fetus. A second pill misoprostol, is designed to induce labor to expel the fetus.

That is far different than Plan B, designed to be taken shortly after unprotected sex.

Herrod said the two-drug procedure is only supposed to be used through the 10th week of pregnancy. She said a woman who has not been examined by a doctor may not know whether she actually is beyond that point.

Then there’s the question of whether a woman actually has an ectopic pregnancy, where the fertilized egg has settled somewhere other than inside the uterus. Aside from the fact that the fetus won’t survive, Herrod said an undiagnosed ectopic pregnancy can endanger a woman’s health.

But if Roe is overturned and abortion in all forms becomes illegal in Arizona, the question for pregnant women is whether self-medication is worth the risk versus alternatives, ranging from having to carry the baby to term to other non-legal forms of abortion.

None of this will be necessary if the final Supreme Court opinion, rather than overturning Roe v. Wade, simply upholds the Mississippi law and is 15-week ban.

That would free Arizona to start enforcing its identical 15-week ban signed into law earlier this year by Gov. Doug Ducey. And medication abortions are not advised after the tenth week.

But even if Roe is overturned and states are free to enact whatever restrictions they want, Ducey contends that the new Arizona law supersedes the outright ban that goes back to territorial days. Herrod and Sen. Nancy Barto, R-Phoenix, who sponsored the new law, disagree, citing specific language in the bill that they say preserves the ability of the state to start enforcing the pre-Roe law if the Supreme Court overturns that decision.