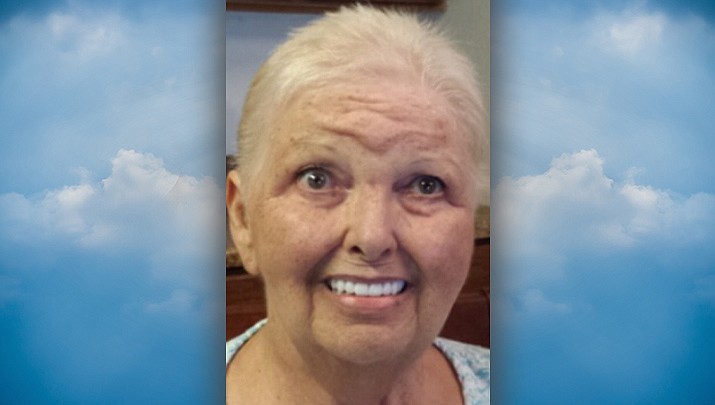 Linda was born to Robert and Leona Watkins in Oakland, California in 1947. She grew up in Hayward, California where she graduated from Catholic high school and then cosmetology school.

Linda “Pooh Bear” was a beloved mother and wife and is survived by her husband, Danny Bolstad of Kingman. She is also survived by daughter Virginia Metzcar of North Carolina, Matthew Bolstad of Reno, Nevada; James Bolstad, U.S. Air Force, Germany; and Andrea Dore of Brisbane, Australia. Son Robert William Metzcar , “my Robbie,” preceded her in death in 2003, as did her brothers, Donald and Stanley. Survivors also include sister Alita Watkins of Washington state and numerous extended family.

Linda always strived to excel in whatever she did. Her career included some 15 years with the Ohio State Patrol and then many years with Gannett News Corp.

Most importantly in her life was her relationship with her savior, Jesus Christ. She is so sorely missed but joy comes from knowing she is at peace after a difficult illness and is now with her Lord.

KRMC hospice cannot be thanked enough for their compassionate care and love, especially Michael and Sherrie. A celebration of life gathering will be scheduled later this year.