South Cove meeting set for May 21 in Meadview 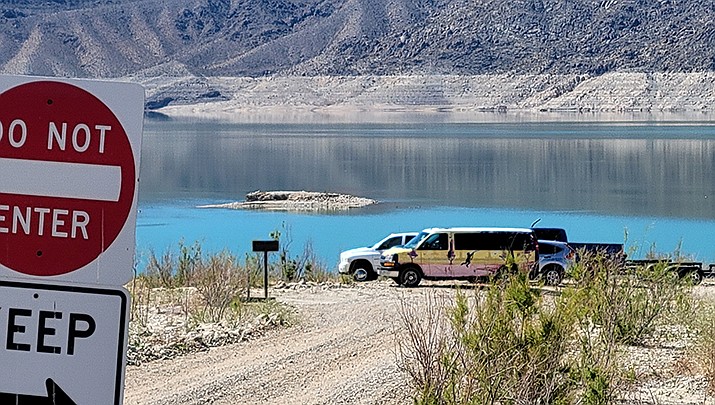 The future of South Cove launch area will be discussed on a May 21 meeting. South Cove is pictured. (Photo by Don Martin/For the Miner)

If you are a watercraft owner or angler, you really need to mark your calendars and go to the public meeting on Saturday, May 21 in Meadview.

From what I know, I think at the end of the meeting many people will not be very happy at what they are going to hear about the future of the only current launch area (notice I didn’t say launch ramp) in Mohave County.

On May 5 I was part of a video meeting with Pattison and Randy Glaser, who is a member of the Meadview Chamber of Commerce.

Pattison told us that this presentation was basically the same one he will be doing on May 21, and since I won’t be at that meeting (due to cancer surgery at the Mayo Clinic in Phoenix) I wanted to hear firsthand what is going to be presented to the public and a lot of elected officials who have promised to be there.

As Lake Mead continues to go down to levels that have never been seen since the lake was filled, there are many issues that current administrators, anglers and recreational boaters have never faced before.

Pattison wasn’t even at Lake Mead when the staff at the LMNRA held public meetings and then came out with a low water plan, which included plans for a launch area to be constructed even farther down the lake where the current South Cove Point is.

But yet Pattison is the official under scrutiny by myself and others in the public who will not be able to accept that there is not a usable launch area, even if it is nothing more than a dirt road allowing watercraft to launched and be recovered at the lake.

Remember, there is a lot at stake here, and it’s not just the loss of recreation. It would have a huge economic impact on Meadview, with lesser impacts or the communities of Dolan Springs and even Kingman.

One thing that Pattison told me at the end of our conversation was that NPS could build a launch ramp at South Cove. But, he said: “You’re going to have to give me millions and millions of dollars!”