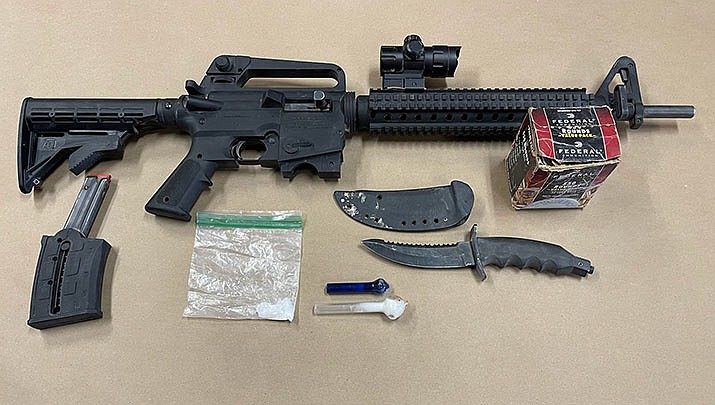 Deputies were in the area of London Bridge Road and Tourmaline Street in Lake Havasu City when they observed a truck obstructing the roadway at 3:30 p.m. May 5, according to an MCSO news release.

Deputies contacted the driver, Engel, and asked for ID. Engel provided a “released prison inmate identification card.” Deputies observed ammunition and drug paraphernalia in the vehicle and Engel was removed. A search revealed six grams of methamphetamine, two glass pipes, a large knife, .22 ammunition, and an AR-22 rifle. Engel, a prohibited weapons possessor due to prior felony convictions was transported to the county jail.