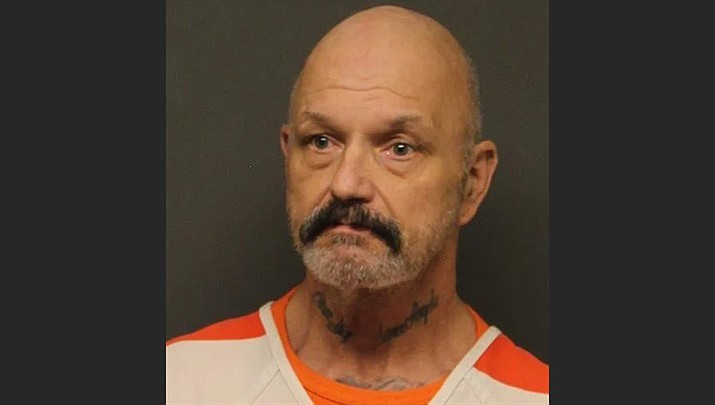 A California man made an initial court appearance this week, charged with the death of a Canadian woman 17 years ago. His bond has now been set at $1 million, and county prosecutors are expected to file a felony indictment in the case as soon as next week.

Stacy Childs, 60, of Santa Cruz, has remained in custody since April, after Lake Havasu City Police and Santa Cruz investigators served a warrant for his arrest in California. According to Mohave County prosecutors, Childs did not challenge his extradition, and was returned to Mohave County on Monday to stand trial on charges of second-degree murder. Court records show that Childs made an initial appearance in Lake Havasu City Justice Court on Wednesday, where his bond was set.

Childs was charged in April with the 2005 murder of Barbara I. Kalow, of Ottawa, who was vacationing in Havasu at the time of her death. Kalow was allegedly asphyxiated in a hotel room on London Bridge Road, where her body was discovered by housekeeping staff days after her arrival in Havasu.

Kalow’s vehicle — which was rented out of Las Vegas — was absent from the hotel’s parking lot. A search by law enforcement officials ultimately led investigators to the vehicle, which was found abandoned on Interstate 15 in California. Pieces of the vehicle, including its steering wheel, were processed for possible fingerprint and DNA evidence.

According to police, it may have been that evidence that ultimately led investigators to learn of Childs’ alleged involvement in the crime earlier this year.

At the time of Kalow’s death, the homicide was believed to be a crime of opportunity, and that Kalow did not know her killer.