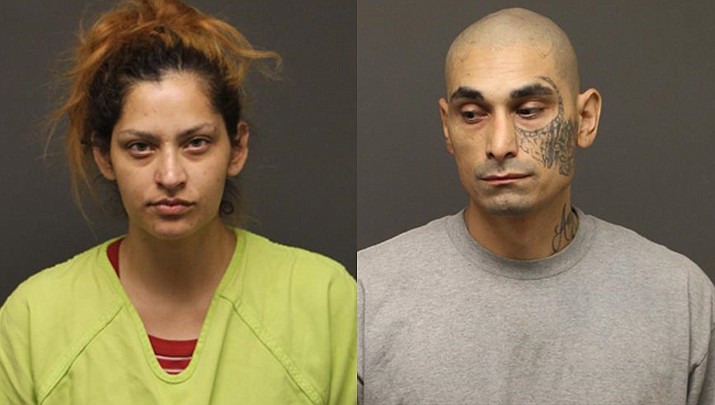 On Friday, May 6 at around 10 p.m., deputies were on patrol in the area of 10000 Harbor Ave. in Mohave Valley and made contact with a male and female walking in the area, according to an MCSO news release.

For officer safety, deputies conducted a pat search of Rubalcava which revealed multiple baggies containing blue pills later determined to be fentanyl. Rubalcava was detained and backup officers were requested to respond.

According to law enforcement, when asked about the pills, Rubalcava admitted they were fentanyl. As Arizaga was being detained, she advised deputies she had a usable amount of fentanyl on her person.

A search of her backpack revealed items of drug paraphernalia. A total of 118 fentanyl pills were discovered during the contact.