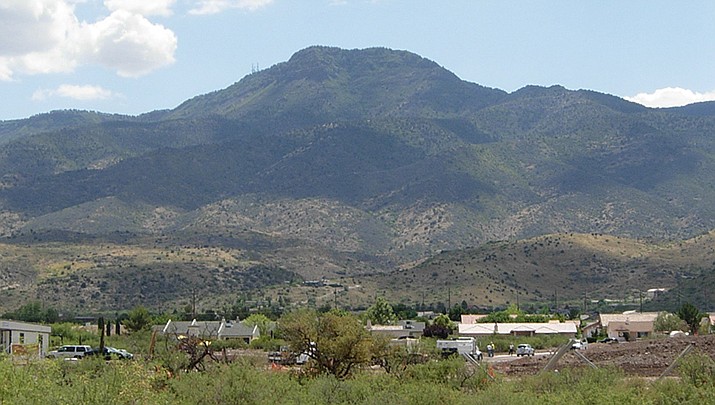 PRESCOTT, Ariz. – A missing hiker was found dead, his dog alive and still with him, in rugged forest on Mingus Mountain in north-central Arizona five days after reporting he was lost, authorities said.

Searchers found the body of Donald Hayes on Wednesday after six days of looking for the 74-year-old Prescott Valley man, the Yavapai County Sheriff's Office said in a statement. Hayes had called authorities on May 13 to report he was lost, triggering six days of air and ground searching, the office said.

Hayes was advised during the call to remain where he was to await rescue, the office said. “Unfortunately, the victim decided against the advice and tried to find his way out, causing him to become lost further in the forest." The rugged area where Hayes' body was found was difficult for searchers to reach but they were able to do so Wednesday, the office said.

Hayes took his dog, Ranger, with him on the hike and the dog, after being found with Hayes' body, was taken to an animal hospital for treatment, the office said.

The statement did not provide a cause of death for Hayes or elaborate on his dog's condition and an office spokesperson did not immediately respond to calls Thursday from The Associated Press.

The searchers included crews from four counties and a state police helicopter.

“I thank all the volunteer search and rescue teams and others who gave of their time for six days to locate the victim and bring him home” Sheriff David Rhodes said. “Our searchers utilized every tool at their disposal to find Mr. Hayes and never gave up”.

BISBEE – A proposal apparently headed to the November ballot would have voters in rural southeastern Arizona decide whether to create a new regulatory district to manage large-scale groundwater use for agriculture in an area where aquifer levels have dropped in recent years.

A grassroots group collected sufficient voter signatures on petitions required under state law for a ballot measure on creation of an active management area in the Willcox basin in Cochise and Graham counties, myheraldreview.com reported.

The management area would be Arizona’s first created through a petition drive. Five others were created under the state’s 1980 groundwater law or added later by the Legislature.

The Cochise County Board of Supervisors was briefed Friday on the application. It isn’t known when the board will formally put the measure on the ballot.

The Willcox area has attracted a growing agricultural industry, and the grassroots group, Arizona Water Defenders, was formed to protect groundwater levels as residents’ wells went dry and fissures were created by land subsidence.

If an active management area is created, irrigation water rights would be managed by the Arizona Department of Water Resources. Arizona’s other AMAs are located in metro Phoenix, the Tucson and Prescott areas and in Pinal and Santa Cruz counties.