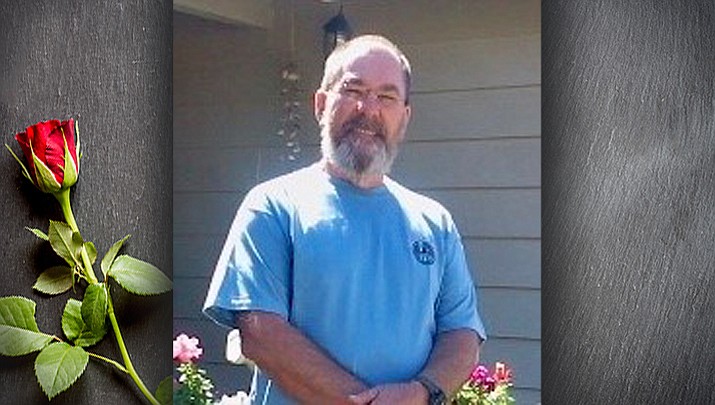 Oceanside, CA Paul Edward Stapleton, age 72, passed away peacefully at his Oceanside home, on April 29, 2022, with his family by his side. Born on July 20, 1949, in the town of Miami Arizona, to Frank Stapleton and Lydia De Anda Stapleton. Paul was raised by his mother and his two older brothers, Robert “Bobby” Olivas and Raymond “Sonny” Olivas. At the age of 10, Paul moved to Los Angeles, CA with his mother, where he attended catholic school. Before graduating High School, Paul met his lifelong friend, William “Bill” Cole, and remained friends for 50+ years. After graduating high school from Mount Carmel High School in 1968, Paul started his career in computers as a Computer System Analyst at NCR, and attended San Diego State University in 1987 receiving a bachelor’s degree in Computer Science, but not before retiring from a 30-year career in the computer industry in 2000. His love for history enabled him to tell the most detailed history lessons as if he was there at the time, which would have made him a great history teacher.

Paul met the love of his life and future wife, Kerry Ellen Stanley in 1971, moved to Del Mar, California together, and later married in 1972. Paul moved to Oceanside, CA after getting married to start a family, raising three boys, Paul Edward Jr., Jeffrey Richard, and Michael Steven.

Paul always put his family first and took the best care of his family. Paul was a smart, dedicated, hard-working man with the most easy-going personality and a sense of humor that made anyone laugh. Anyone that had the opportunity to have met Paul considered him a good friend. He was a jack of all trades and could fix everything and anything. Paul also loved working on cars, especially on his high school vehicle, his 1968 Ford Mustang Fastback.

He enjoyed passing on the knowledge that he learned throughout the years to his three sons and grandchildren. His passion for coaching baseball in the Oceanside National Little League for over 15 years made a positive impact on many of the youth in the Oceanside community. He enjoyed activities such as fishing with his family down in Bahia De Los Angeles, hunting at Mormon Lake, traveling to his favorite locations in Hawaii, camping at the National parks throughout the United States, and running and biking the California coast with his wife, Kerry. Paul's love of sporting events spread throughout the San Diego County as he cheered on his Alma Mater, San Diego State University Aztecs in football and enjoyed watching the San Diego Padres, Los Angeles Dodgers, and the Los Angeles Rams play. One of Paul’s greatest joys was seeing the Los Angeles Rams win the Super Bowl before his passing. He also enjoyed watching his three sons play all sports including football, baseball, and basketball. Paul’s dedication and support to his wife, children, and grandchildren greatly surpassed what was expected as one of the greatest role models.

Preceded in death by his mother, Lydia De Anda Stapleton, his father, Frank Stapleton, his aunt, Juanita De Parsons, and his brother Raymond “Sonny” Olivas. He is survived by his high school sweetheart and wife of almost 50 years, Kerry, and three sons, Paul Jr. with his wife Cherice and their two children Chase and Audrey, Jeff with his girlfriend Rachel, and Mike with his wife, Nicole, and their two daughters, Harper, and Hayden. Paul is also survived by his brother Robert “Bobby” Olivas with his wife Patricia, and many nieces and nephews, Bobby Olivas Jr., Mark Olivas, Roxanne Williams, Rick Olivas, Ted Olivas, Lisa Cook, Mickey Olivas, and Terry Olivas.

Paul’s favorite saying was “There is no such thing as a Shangri La” meaning that there is no perfect place. Paul, your family, and friends hope that you have found your Shangri La wherever you are, and we love you always and miss you dearly.