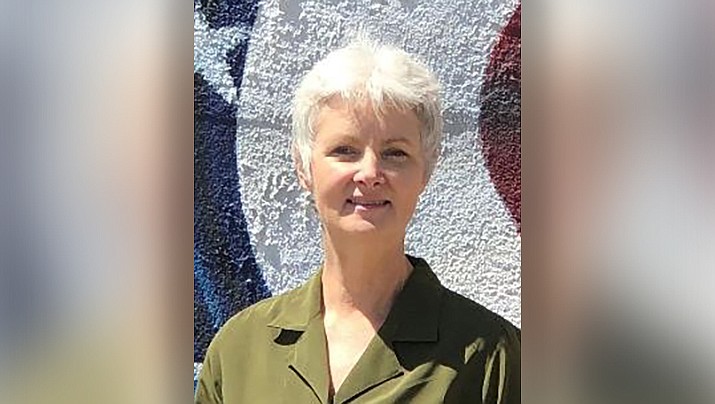 Meadview needed Don Martin at the community meeting with NPS on May 21 because I know Don would have joined Jack in giving the National Park Service (NPS) some much needed “pushback” to their justification of a course of non-action that will leave South Cove with nothing more than the boat and trailer thrashing mudpit “at the end of a park-approved road” for launching.

During the meeting I was outside with the petition, so my main perspective of the event was the slow but steady flow of angry and exasperated community members who were walking out of the meeting feeling discouraged that nothing would ever really change for Meadview.

It was disheartening to witness the hopelessness of a community prioritized at the bottom of the pile, both by the NPS and by Mohave County. Yes, Supervisor Bishop was there. But it’s not enough to just show up. Where was Mohave County’s accountability pushback for the failure of NPS to build the low-water ramp eight years ago when the lake elevation first dropped below the 1100-foot trigger point of the 2005 Amendment plan?

One person said (as he left), “I didn’t come here for a history lesson!” He told me it was the same information Meadview has been told “over and over.” He said he wanted to hear what they’re going to do about it, not “more of the same.” He left the meeting after about 10 minutes. Had he stayed, his questions likely would have been answered.

Another Meadview member left early with a litany of everything Biden is doing wrong for our country, expressing a complete lack of trust that Sen. Kelly would do anything at all to help Meadview, even though Coral Evans was at the meeting representing the senator and taking information back to DC. I felt deeply sad that we have devolved politically to the point that both sides feel like they’re only going to be represented if their party is in control. It’s not supposed to be this way.

And as disappointing as the meeting information was, there were great successes to celebrate. Randy Glaser is a blessing for the Meadview community. A meeting on this magnitude takes a great deal of work, and he did a fantastic job with the organization. And his relationship with the NPS is a vital link for keeping the Meadview community informed on a variety of NPS and lake-related issues.

It was also a great success that Sen. Kelly sent Coral Evans and Congressman Gosar sent Wade Searle to learn about this devastating community situation and bring that information back to Washington where our federal legislators can continue to work with the Meadview community. Because at this point, the only real help for South Cove will need to come from Washington, as the scope of this crisis is well beyond both the county and state level.

But the biggest success was the incredible turnout of the Meadview community. The room was packed, with standing room only, even when they learned that a concrete launch ramp was not going to be found “under their seat.”  Meadview definitely “represented,” even if the media did not. Not a single media outlet was on hand to cover the meeting, which is just more sad truth about how Meadview is prioritized on every level.

As for Real Change PAC’s involvement with this issue, Jack Ehrhardt will continue to follow up with the US Department of Justice on the NEPA violations and civil rights violation complaint he filed on May 10, and I will continue to work with members of the Meadview community who will continue to fight for a South Cove launch ramp that will keep boats, trailers, and people safe, as well as properly support the Meadview economy as everyone adapts to the mega-drought reality.

And as for Don Martin, I hope he is resting well and will be back to fighting for South Cove, soon. We need him in this fight, just as we need more passion warriors like Don, Randy, and Jack, who each (in their own way) has made a positive and important difference with Mohave County’s access to Lake Mead.