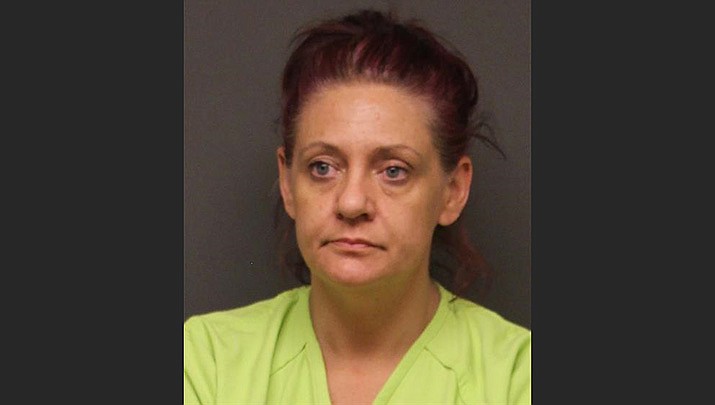 On Thursday, May 19 at 3:45 a.m., deputies conducted a traffic stop on a white sedan in the 4400 block of Highway 95. According to an MCSO press release, deputies contacted the driver and sole occupant of the vehicle, identified as Sistar, who advised that her driver’s license was suspended.

Deputies observed a black handgun on the driver’s side floor board, and it appeared that Sistar was allegedly attempting to conceal the weapon with her feet. According to law enforcement, deputies asked Sistar multiple times if there were any weapons in the vehicle and Sistar allegedly continuously avoided answering the question.

Deputies asked Sistar to step out of the vehicle and consent was given to search the vehicle. A search of the vehicle revealed a 9mm handgun and approximately 1 gram of a crystal-like substance that tested positive for methamphetamine in Sistar’s purse, according to law enforcement.

A records check revealed Sistar to be a convicted felon currently on felony probation. She was arrested and transported to the Mohave County Adult Detention Facility in Kingman without incident.