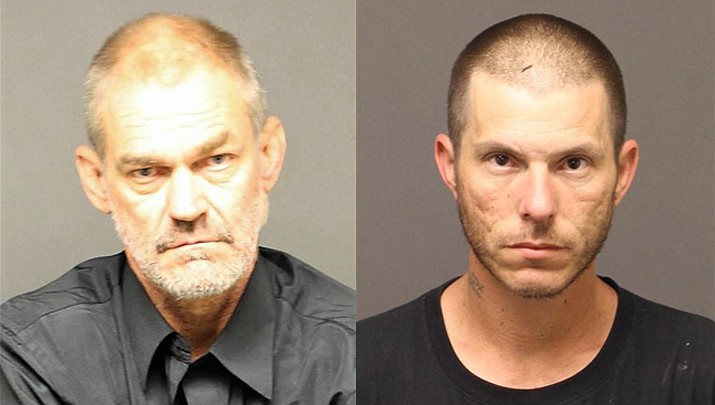 On May 12, deputies responded to a home in the 5300 block of Burro Drive for an alleged burglary in progress. According to a press release from MCSO, the homeowner advised deputies his security cameras had alerted him to two male subjects on his property.

Deputies arrived on scene and reported they observed Collins and Henry with black bags full of items from the workshop of the home. Both subjects were detained and a search of the residence was conducted for additional subjects.

According to law enforcement, a search of the residence with the property owner revealed that multiple doorways and windows on the property had been damaged for entry. Law enforcement also reported a vehicle inside the workshop had the ignition damaged and burglary tools were located on the front seat.

The black bags carried by the alleged burglars had been removed from inside the property and two security cameras on the property had allegedly been damaged during the break in. Dean Alden Collins Jr. and John Duane Henry were arrested and transported to the Mohave County Adult Detention Facility in Kingman without incident. Collins was also charged with an active arrest warrant.