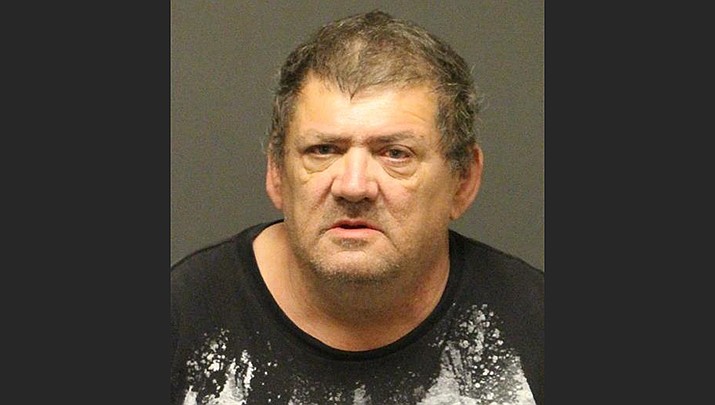 KINGMAN – The Kingman Police Department arrested John Mitchell Mola, 59, a vagrant from the Kingman area, on a wanted fugitive warrant issued by the U.S. Marshall’s Service in Arlington, Virginia.

An officer found Mola sleeping on a loading dock behind a business in the 3200 block of Stockton Hill Road on Sunday, May 29 around 11:45 p.m. According to a KPD press release, a records check revealed that Mola allegedly had a valid felony warrant for his arrest issued out of the U.S. Marshall’s Service.

Mola was taken into custody without incident and booked into the Mohave County jail on a Fugitive from Justice hold while awaiting extradition. If is unknown what the original charges are, the news release noted.