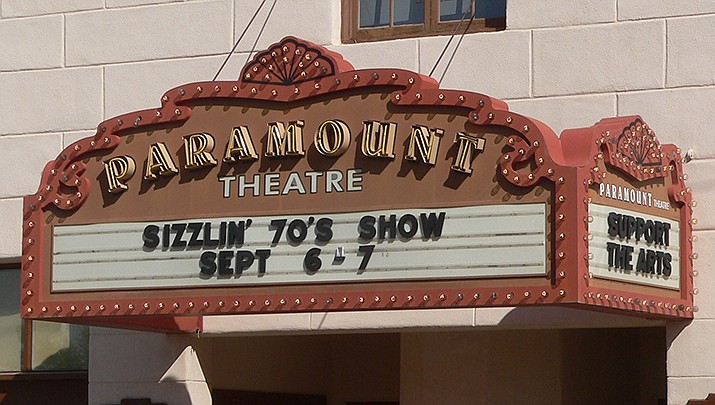 Nearly a year after the Arizona Department of Water Resources said it won’t approve new supply certificates for groundwater use in the Pinal Active Management Area, local groups are pushing back on the agency’s findings and developers have found a way to keep building homes without the need for certificates. The Paramount Theatre is one of the featured attractions in Casa Grande in Maricopa County. (Photo by Ammodramus, cc-by-sa-1.0, https://bit.ly/3wYiE0D

PHOENIX - Nearly a year after the Arizona Department of Water Resources said it won’t approve new supply certificates for groundwater use in the Pinal Active Management Area, local groups are pushing back on the agency’s findings and developers have found a way to keep building homes without the need for certificates.

A report submitted on behalf of a group of Pinal area stakeholders argues that ADWR should revise the model it used for a study that found demand for water will outstrip supply by millions of acre-feet over the next 100 years, the Arizona Capitol Times reported.

Meanwhile, developers have started building homes to rent, rather than sell, which eliminates the need for a certificate of assured water supply from ADWR.

In Casa Grande alone, around 700 build-to-rent units have received final permits in recent months, something the city rarely saw before ADWR’s decision to cut off new supply certificates.

It shows how a cutoff of Certificates of Assured Water Supply doesn’t necessarily lead to a change in development patterns – at least not right away.

In June, ADWR officials said the department would stop granting Certificates of Assured Water Supply within the Pinal Active Management Area for applicants that want to use groundwater.

“The solutions include non-groundwater importation and direct delivery. … (T)hose desiring to develop within the Pinal model domain will need to bring their own non-groundwater supplies,” said Clint Chandler, deputy director of ADWR.

The move wasn’t designed to choke off new groundwater-based development in the area immediately – tens of thousands of lots already had ADWR certificates for building that remained valid. Still, it was a sign that development as usual was no longer viable.

The Pinal AMA encompasses about 4,000 square miles in central Arizona between the Phoenix and Tucson AMAs, overlapping substantially with Pinal County.

Upheaval in the local development industry would mean big shifts for the area’s economy. Pinal is among the fastest-growing counties in the state, attracting workers who commute to metro Phoenix, baby boomers moving into new retirement communities, and the local workforce powering a growing manufacturing sector that now includes companies like electric vehicle manufacturer Lucid Motors.

Since last summer’s ADWR report, a stakeholder group led by Pinal County Supervisor Stephen Miller commissioned their own study that challenges ADWR’s findings and encourages the department to change the assumptions underlying its water consumption model.

The authors of the report, dated April 4, state they drew up a model that “simulate(s) conditions more accurately representing hydrologic conditions and water provider management practices within the Pinal AMA.” And the new model doesn’t find any unmet water demand – implying that ADWR could perhaps go on granting more Certificates of Assured Water Supply, after all.

Tom Buschatzke, director of ADWR, cast some skepticism on the outside study, noting it didn’t account for issues like maximum well depth, but said it will take the department several months to review the submission.

“We have to really get down in the weeds and look to determine if what they did is consistent with both the technical modeling requirements, but more importantly the rules and statutes related to assured water supply,” he said.

But for now, a move toward built-to-rent developments is allowing homebuilders to continue pumping the wells and avoiding the Certificates of Assured Water Supply requirements entirely.

A new certificate is needed when one lot gets split into six or more lots, which is what developers have to do to sell individual properties in a typical residential subdivision that features dozens or hundreds of new homes.

But if the same residential development is instead set aside for rental, there’s no lot subdivision, and therefore no need for new certificates.

Casa Grande, which along with Maricopa is one of the two largest cities in Pinal County, has more than 4,500 new proposed rental units across 20 developments in the permitting process; three developments with a combined total of about 700 units have gotten final approval to build.

“This is in essence a loophole to that, because you can put 300 units on one lot when you’re doing multifamily/build-to-rent,” Horn said.

The city still has a pipeline for built-to-sell projects – another dozen projects totaling roughly 2,000 units are in that permit process.

Miller said the shift to rental development is a trend happening all around the county, though he anticipates state legislators could move next year to limit developers’ ability to avoid Certificates of Assured Water Supply requirements by building rental properties. “These guys (developers) just move faster than the Legislature,” he said.

Buschatzke, for his part, disputed the idea that the build-to-rent strategy is skirting the rules. “The legal framework was put together to regulate specific activities. I don’t view, legally, any activities that fall outside of that framework as either skirting the law or as a loophole,” he said.

Horn said it’s a dilemma for local planners like himself.

“There’s certainly concerns for the water supply and what the future might hold,” he said. But, he added, the area is growing: “We’ve added a lot of jobs, and that typically brings with it a lot more residents, and so this is one way to meet the demand that we’re seeing for housing.”

For residents and builders outside Pinal, the choices that Pinal communities are facing could be a preview of what’s to come.

“What’s happening in the Pinal AMA is a harbinger for the other AMAs,” Arizona State University researchers wrote in a May 2021 report. They specifically pointed to issues in the Phoenix AMA that could lead to groundwater supply problems in the future.

That’s something Buschatzke agreed with.

“Sooner or later, we’ll hit the situation in Pinal in every active management area,” he said. “So it’s going to happen elsewhere and hopefully folks in other AMAs have been paying attention.”

Miller said there’s no easy answers for the trade-offs his community is facing between taking steps that allow further growth and measures that will secure future water availability.