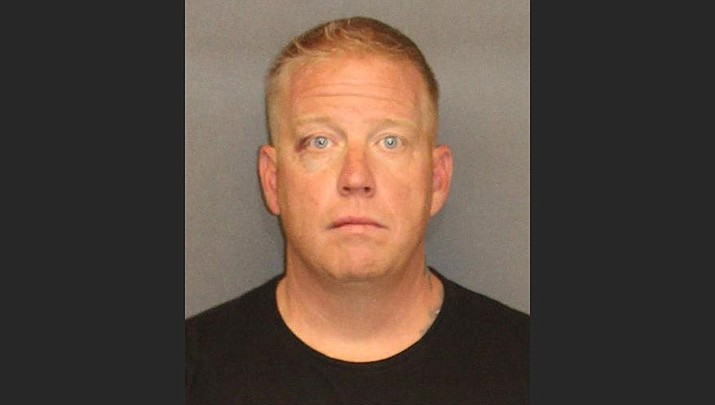 According to an MCSO news release, on Oct. 28 at 3 p.m. deputies were dispatched to a call of a possibly intoxicated driver stuck in the sand in the 9900 block of Dike Road in Mohave Valley. Deputies observed the involved vehicle in deep sand with the tires spinning. Deputies allegedly observed the driver, later identified as Fields, asleep at the wheel with his foot pressing down on the gas pedal.

Deputies had to shake Fields several times to wake him, and he was asked to exit the vehicle. The deputies allegedly observed signs of impairment. Law enforcement reported they began investigating the possible intoxication and Fields became irate and threatened the deputy multiple times.

Deputies reported that during interviews, Fields would attempt to close the distance between them, ball up his fists, and threaten to “knock him out.” Deputies attempted to de-escalate the situation and create space between them. With Fields allegedly being impaired and combative, deputies eventually attempted to take him into custody.

Fields allegedly resisted arrest and a struggle ensued and Fields continued to threaten the deputy. The struggle lasted for several minutes, with the deputy eventually placing Fields into custody.

Fields denied consent to a breath test or a blood draw and a search warrant was granted for a blood sample. Fields was then transported to the Mohave County Adult Detention Facility in Kingman. Following the arrest, the deputy was treated at a local hospital for injuries received during the struggle.