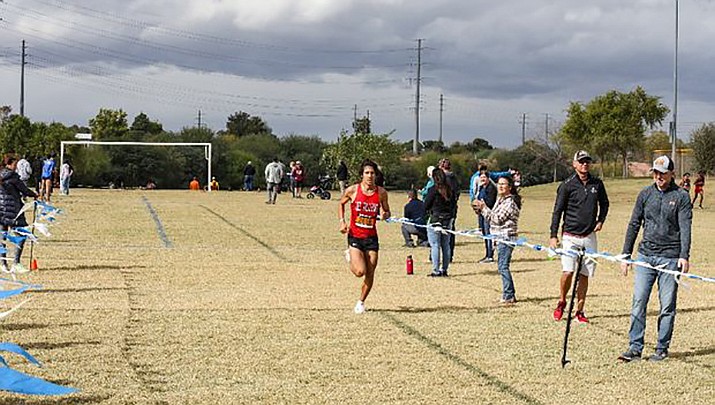 “I am pleased that they finished in second place. We went in in about fourth place and were able to move up to second,” Volunteers coach Joan Abraham said.

She praised Pickering and Chmiel for their performances. “Wyatt ran a great race, although he said his legs didn’t feel great,” Abraham said. “He still has winning state in his sights.”

Shadow Mountain took the team title in the 13-team field with 44 points. Lee Williams was second with 70.

“For the girls it was an amazing day,” Abraham said. She cited Crook, Robinson and the freshmen. “It was so cool to see them ... coming in to the finish.”