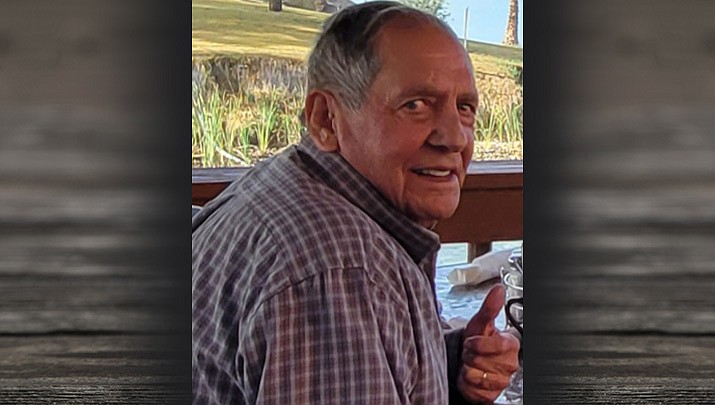 He was born June 19, 1947 to Harold Frederick Graham and Maribelle Winowiski in Traverse City, Michigan. He moved to Arizona in 1960 where he met at school his lifelong loving partner of 59 years, Barbara Vaughn, from Gloversville, New York.

They lived in the Hualapai Mountains of Kingman, surrounded by elk and deer, for 27 years.

Jacks most recent passion was driving his tractor to maintain the roads in the Hualapai's with his son Michael. He was previously a mortgage officer, managed the Checker Auto Parts Store, owned a water company and trucking in Flagstaff, owned a Suzuki dealership, owned a second-hand store in Prescott, and owned an auto parts and Goodyear store in Bullhead City. He lived up to the reputation of Jack of all trades.

His favorite hobbies were NASCAR racing and RV camping.

He is survived by his wife of 57 years, Barb Graham; and children Marcy Reinoso (Graham) and Mike Graham. He is also survived by his siblings Leo Graham, Terry Graham, Jerry Graham, Scott Renwick, Sandy and Becky; granddaughters Jessica, Stephanie and Tiffany; grandsons Garrett, Bryce and Cole; three great-grandchildren, and many nieces and nephews.

Jack was a fun-loving family man with lots of great friends who enjoyed his crazy, funny sense of humor. He will be truly missed and loved forever in our memories. His family is honoring him privately.