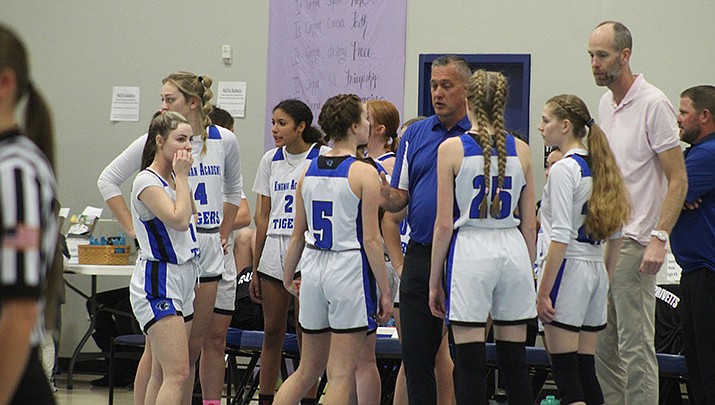 Kingman shot 29% from the field and 22% from behind the arc, while Academy shot 26% from the floor and hit 33% of its three-point attempts.

Academy used its height advantage to win the battle of the boards with 61 rebounds, 21 more than Kingman.

The Lady Tigers also shot 64% from the foul line, compared to just 29% for Kingman.