'It's not needed': Mohave County could return $2M in federal funding intended for housing help 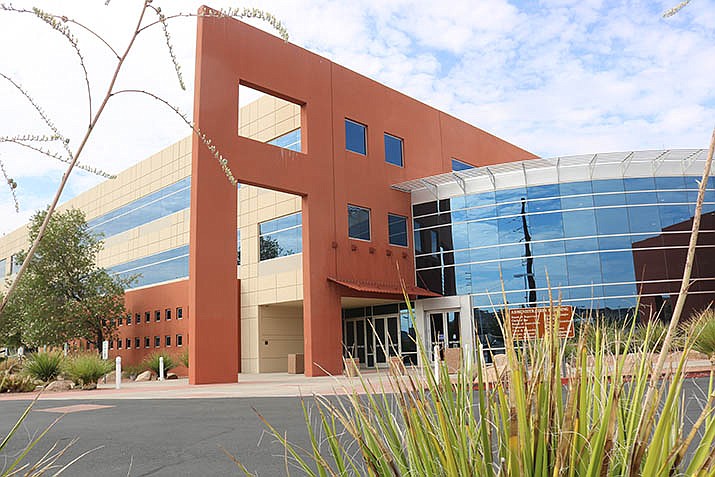 KINGMAN - The Mohave County Board of Supervisors is scheduled to discuss the possible return of more than $2 million in federal emergency rental assistance funding to the federal government, after much of the program’s original funding went unused throughout the pandemic.

Although the program saw relatively little participation when it was first implemented, its popularity appeared to grow throughout the pandemic. According to Mohave County Public Works Director Mike Smith, the county has received 3,606 applications from homeowners wishing to participate in the program, with 1,746 of those applications approved. As of Friday, total expenditure of grant funding for the program has been more than $17.59 million. Now, the county will vote on whether to approve the return of money unspent through the program.

Mohave County was initially awarded more than $6 million in federal funding for an emergency program designed to provide financial assistance to renters affected by the coronavirus pandemic in late 2020. Six months after the program was first introduced in Mohave County, only $818,000 out of the county’s initial $5 million in grant funding had been used under the program. The funding was only applicable to coronavirus-related hardships suffered by Mohave County residents, and county officials agreed last year that there appeared to have been a lack of demand for the program.

“We’re having trouble giving away the money the federal government has already given us,” said Board of Supervisors Chairman Ron Gould last year. “It’s not needed … if we can’t get people who want it to apply, I’m not sure it’s even necessary.”

But as the program found more notice, and more popularity among county residents, its popularity began to grow. Funding under the program was ultimately expanded, under the Arizona Department of Economic Security.

Mohave County continues to participate in state-run rental assistance programs through the Arizona Department of Housing, which are inclusive of all county residents without the requirement that those residents’ hardships be related to the coronavirus pandemic.

The Mohave County Board of Supervisors is scheduled to decide Monday on whether to return $2 million in grant funding to the U.S. Department of Treasury at the board’s next meeting in Kingman.

Seven years ago, a similar proposal for Mohave County was met with public outcry, as the company planned to shift to a billing system based on electrical usage during peak hours, rather than total electricity used by households and businesses. That proposal was ultimately heard by the Arizona Corporation Commission, who held a 2016 town hall in Lake Havasu City to address the issue with local residents. Now, the company says new rates would seek to balance higher operating costs since 2015.

The new rates, which would go into effect in February 2024, would increase average users’ electrical bills by $18.52. That cost increase would vary with customers’ total bills, and would be affected by changes to fuel and purchased power rates before 2024.

The new proposed rates were submitted to the Arizona Corporation Commission on Friday, to await possible approval in Phoenix next year.

According to UniSource, the rate increase would help cover the cost of improvements made to the company’s electrical grid since 2014. Those investments include the construction of new electrical substations, improvements to existing transmission and distribution systems and critical maintenance improvements for generating electricity.

The rates would also compensate for higher fuel and energy prices the company has paid to continue serving customers’ energy needs, the company said in a Friday press release.

Company officials say consumer prices are now 27 percent higher than levels reflected in current rates, due to ongoing inflation. Peak demand on the company’s electric grid has increased 16% since 2014, driven by hotter summer weather, and there has been an 8% increase in new residential and business customers within the past seven years.

The cost of doing business

UniSource President Susan Gray said on Friday that the company has continued efforts to keep costs low for Arizona consumers, but a rate increase will be needed to meet the growing cost of doing business.

“Although we’ve had to pass along higher market energy prices in recent years, I’m proud we’ve been able to hold the line on our expenses for so long,” Gray said. “We’re doing everything we can to keep service affordable for customers, but we will need higher rates in 2024 to cover the increased cost of providing safe, reliable service for customers.”

Until now, the company has limited the average annual growth of its operations and maintenance to less than 2.1%, despite an average annual inflation of 2.5% from 2015 to 2021.

“We know our community has faced real challenges over these past few years,” Gray said. “Our systems and employees have delivered admirable reliability and strong service for customers throughout this extraordinarily difficult period. I am very proud of our company’s performance in living up to our values, and the expectations of our customers.”