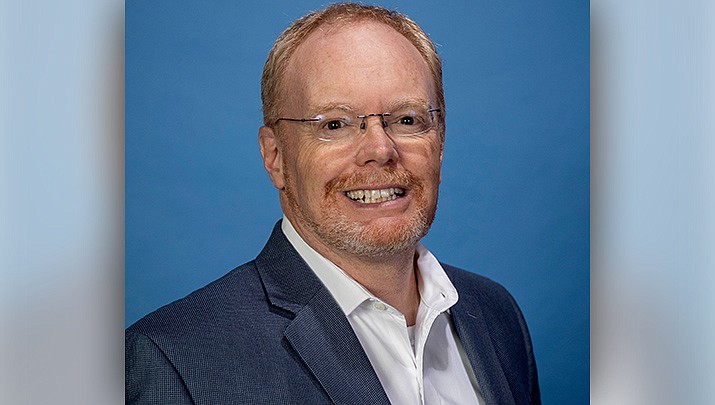 LAKE HAVASU CITY – River City Newspapers, the owner of the Kingman Miner, has announced that David Robbins is its new vice president of advertising and marketing.

Robbins, 57, joined the Lake Havasu City-based publishing company in 2021 as director of advertising and marketing.

He brings more than 25 years of experience in senior leadership roles with newspapers in Raleigh, North Carolina; Macon, Georgia; St. Augustine, Florida; and most recently Midland, Texas, where he was general manager of four newspapers in West Texas.

In his new role, Robbins will oversee advertising and marketing for seven daily and weekly newspapers and affiliated publications.

Robbins said his previous experience in building multimarket teams will be an asset in his new role leading a group of marketing professionals in the tristate area. Digital growth will be a key focus for all markets, he said.

“I’m excited about the opportunity to work with these new teams and find ways we can leverage our dominant market audience to help local businesses grow and succeed,” Robbins said. “RCN is in a position now to provide the largest audience in the Tristate region to our advertisers in print, digital and specialty publications. We will be able to reach advertisers’ customers and potential customers like no other media company in the market.”

“David’s vast experience and knowledge of advertising and marketing, along with his successful leadership skills, make him the perfect person to lead River City Newspapers’ advertising division,” Macke said. “I am confident that with him in his new role, we will continue to grow successfully across the region and into the future.”

Robbins is a graduate of Eastern Kentucky University. He has held senior level leadership roles including general manager and vice president of advertising with Hearst Corporation, The McClatchy Company and Morris Communications.

River City Newspapers is a partnership between Wick Communications of Sierra Vista and Western News&Info of Prescott.