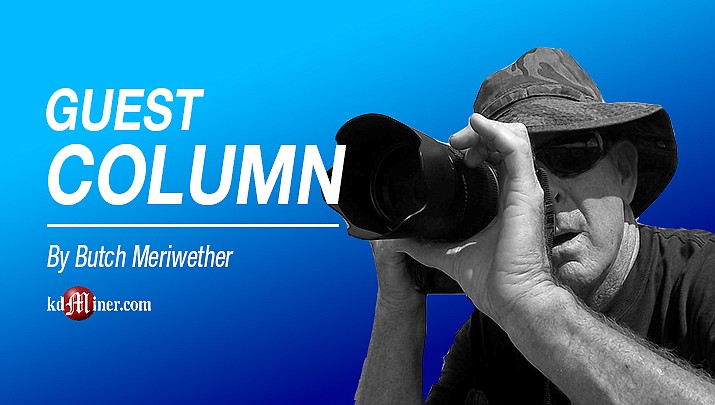 Not many seniors can forget those actors and models that depicted handsome cowboys sitting on their mighty steeds or sitting around a campfire “pitching” cigarettes in TV commercials, roadside billboards and magazine ads.

Those commercial advertisements seemed to be everywhere and featured a brand of cigarettes as a “man’s cigarette.”

The cigarettes were promoted featuring strong masculine figures called the “Marlboro Man” cowboy and they became one of the most prominent advertising symbols of the mid-20th century.

Because of the slick advertising by the Philip Morris Company, Marlboro went from a relatively small brand to the world’s best-selling cigarette.

It seemed as if just about everyone carried around the infamous red and white cigarette box with black lettering. If you were a smoker, you were not deemed part of the “cool crowd” unless you puffed on Marlboros.

One disturbing fact about those rugged cowboys, all of which were long-time smokers, was many of them died of diseases of the lungs brought on by the smoking cigarettes.

They are not alone. Healthcare officials and government agencies conservatively estimate that about 443,000 people die prematurely each year from smoking or from exposure to second-hand smoke.

It is well known that R.J. Reynolds Tobacco and Philip Morris Company, in addition to other tobacco companies, paid movie stars thousands of dollars, as well as supplying them with free cigarettes, to promote their products on and off-screen.

The relationship between cigarettes and the movies, started with the advent of the talkies.

In 1927, Al Jolson, star of The Jazz Singer, pitched for Lucky Strike and his studio, Warner Brothers.

There have been more than 250 actors and actresses die due to smoking or from second-hand smoke. To name a few includes:

– Humphrey Bogart, an actor who had a 30-year career in the movie industry and appeared in 75 films, died of cancer of the esophagus at age 57.

– Johnny Carson, the renowned comedian and “The Tonight Show” host, died of emphysema at age 79.

– Nat “King” Cole, the famous singer who was the first African-American to host a TV show, died from lung cancer at age 45.

– Walt Disney, the famous animator, producer and co-founder of the corporation known as The Walt Disney Company, died of lung cancer at age 65.

– Sigmund Freud, the world famous neurologist who founded the psychoanalytic school of psychiatry at the age of 65, died from cancer of the jaw at age 83.

– Frank Sinatra, the famous singer and movie actor, died of a heart attack while also suffering from bladder cancer at age 82.

– John Wayne the rugged actor and cowboy movie star, died of stomach cancer at age 72, making him one of the many celebrities that have died from smoking. At the time of his death, John Wayne was suffering from various other cancers as well.

Smoking increases the risk of developing a number of other diseases and many of them may not be fatal, but can cause years of unpleasant symptoms. They include, but are not limited to, cancer of mouth, nose, throat, larynx, esophagus, pancreas, bladder, cervix, leukemia and kidney are all more common in smokers.

No one really knows why a person starts, stops and then starts smoking over and over again. Some people believe it is an addiction; others call it a weakness or a way of dealing with the stress of daily life in general.

There is good news for those who puff on cigarettes. Stopping smoking can make a big difference to a person’s health.

It is never too late to stop smoking to greatly benefit one’s health. For example, if a person stops smoking in early or middle age, before having cancer or some other serious disease, they may avoid most of the increased risk of death due to smoking.

About two in three smokers want to stop smoking, but lack the willpower. Willpower and determination are the most important aspects when giving up smoking. However, nicotine is a drug of addiction and many people find giving it up a continual struggle.

Doctors, nurses and pharmacists can provide information, encouragement and tips on stopping smoking. Your doctor or other healthcare professional may refer you to a stop-smoking clinic or similar program.

Nicotine replacement therapy (NRT), which comes as gums, sprays, patches, tablets, lozenges and inhalers, can be a big help when attempting to stop smoking. People can buy NRT without a prescription.

The Great American Smokeout takes place on Nov. 17, 2016 and is an annual social event on the third Thursday of November by the American Cancer Society. The event encourages Americans to stop tobacco smoking. The event challenges people to stop smoking cigarettes for 24 hours, hoping their decision not to smoke will last forever. The first Great American Smokeout was held in San Francisco’s Union Square on Nov 16, 1977.

If someone does decide to take the “proverbial plunge” and attempt to quit smoking, many hospitals and employers offer free clinics and programs to help people to lay down the “cancer sticks.” Take time to research on the computer the different ways to battle the smoking addiction. There is a wealth of information on how to quit smoking.

I, Butch Meriwether, know a little about this subject.

I’ve struggled throughout my entire life with what I call a horrible cigarette addiction that began when I joined the Marine Corps at the young age of 17. I would smoke for a few years, decide to put them down, and then for reasons unknown would stop by a convenience store and purchase a pack of cigarettes.

I suffered a massive heart attack during 2003, ended up with a quadruple bypass and then stopped smoking for more than 12 years, but I succumbed to the overwhelming urge to start smoking again.

I occasionally smoking a stogie with friends, progressed to a pipe, then on to cigarettes. That was a big mistake because in no time, I was smoking more than a pack a day. As of this writing, I have again stopped smoking, and I hope the “ugly smoking giant” will not enter my life again.