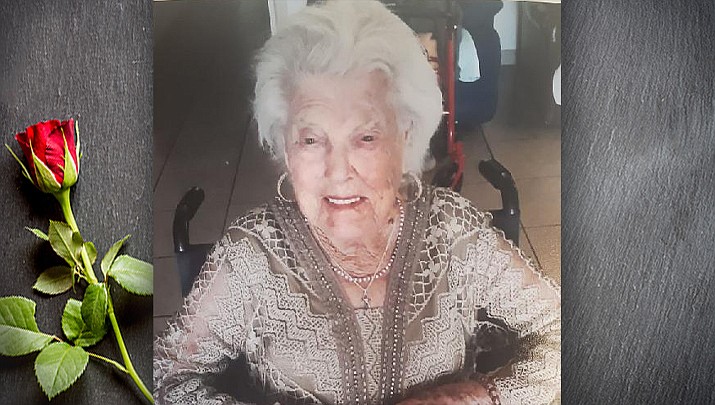 Robbie D. Blanton was born May 5, 1930 in Waynesboro, Tennessee to Willie and Bertha Haddock.

She was raised on a farm with her five sisters and two brothers. She was a twin with her brother Bobby.

Robbie married at an early age to Walter B. Surratt and they had seven children. Robbie and Walter moved from Missouri to Arizona in 1953. They raised their children in a faith-based home with lots of love, church, prayer, gospel singing and family meals. Walter went to be with the Lord on Dec. 25, 1969.

Robbie continued raising them on her own and began experiencing the wonderful gift of grandchildren. Her first grandchild called her Big Ma and that continued. Robbie was the grandma to 12 grandchildren, 21 great-grandchildren, and 15 great-great grandchildren. Later in life Robbie married Howard Blanton and together they always welcomed family with love, barbeques and wonderful memories.

Howard went to be with the Lord in May 2009. Robbie continued her life with family and faith in God. She went to church even when she could not see or read her Bible anymore.

Pastor Edward and Mary Trent would visit her often to pray with and for her. Robbie is preceded in death by two husbands, three children, and four grandchildren.

She fought a good fight and she now has a mansion just over the hill top. Mom, Big Ma, Grandma we will continue to love you until we meet again.