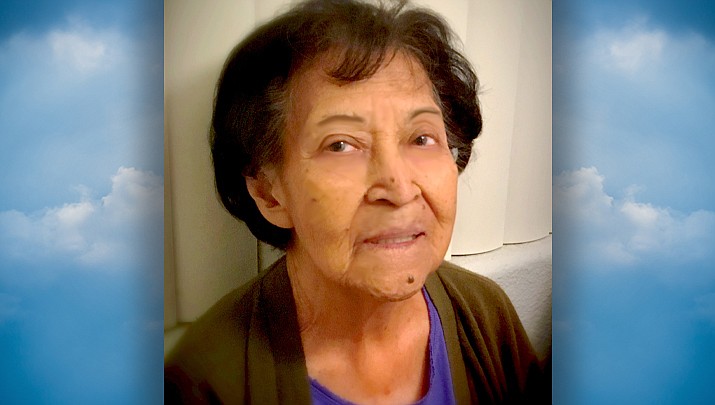 Winnie, as she liked to be called, was of Hopi and Navajo descent and was a member of the Hopi Tribe. Living most of her early life in and near Winslow, Arizona, Winnie had five sisters (Laverne, Joan, Lolita, Sharon and Dianne) and two brothers (Ronald and Dale).

While working at the Grand Canyon, she met and married Jack Poola Pashano. Together they had three sons, Gary, Allen and Rob. Jack died in the Vietnam War in 1968, and Winnie moved to Kingman with her sons. She never remarried. She worked in housekeeping for a number of years, but her primary focus was raising her sons and later she enjoyed helping care for her three grandchildren. When Grandma Winnie was around the beds were made, the laundry was washed and folded, and there was always a hot meal on the table. Her family’s favorite was her beef stew.

Winifred was preceded in death by her sons, Gary in 1981 and Allen in 2021. She is survived by one sister, Joan; her son, Rob; her daughter-in-law, Carol; and her grandchildren, Derek (Christina), Todd (Jessica) and Haley; in addition to many nieces and nephews.

A resident of Kingman for 54 years, she was a longtime member of Kingman Family Worship Center (formerly the First Pentecostal Church of God). She had a deep love for God and her family. Winnie lived a simple and consistent life, and she will always be remembered for her gentle strength.