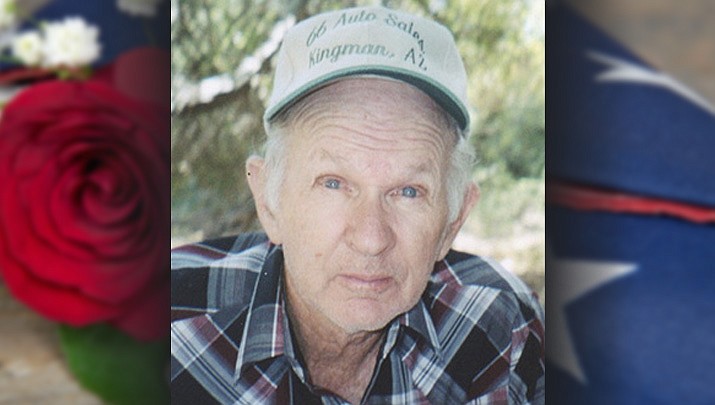 Tom Waalkens moved into eternity completing his lifelong journey to be with His Lord on Wednesday, Oct. 19, 2022 in Hendersonville, Tennessee.

He was born Tommy Waalkens on May 3, 1942 in Cranston, Wisconsin, to Charles and Ruby Waalkens.

Tom grew up in Prescott, Arizona, where he would meet his future wife and best friend Saundra Bolenbaugh. Tom joined the United States Army and served his country from 1960 to 1967. He returned to Prescott and married Saundra, beginning a life that would lead them to Kingman, Arizona in 1962 where they began to raise their family. They had three children -- Tommy Waalkens, Deanna Smith (Keith), and Charlie Waalkens (Shauna).

Tom was a carpenter by trade and completed a 25-year career working as a finish carpenter for Orr Construction. He served his community as a volunteer firefighter at the Hualapai Valley Fire Department during its early years. Tom was a commander in the Royal Rangers where he served many years shaping the lives of countless boys, teaching them outdoor skills and giving them spiritual guidance. He enjoyed camping, hunting and four-wheeling all of his life. Tom briefly worked as a missionary to the Indian nation with Rev. Owen Shultz, his friend and spiritual leader who led him to Christ. He was a long-time member of the Kingman Family Worship Center.

Tom was preceded in death by his wife Saundra, daughter Deanna, and five siblings.

Tom found love again when he later reconnected with a friend from his youth and married Brenda Satterly, moving to Franklin, Kentucky, to begin a new chapter in his life. There he enjoyed four years surrounded by children and grandchildren who quickly grew to love and cherish him.

A celebration of Tom’s life and completed journey to Heaven will be held on Nov. 19 at 10 a.m. at the Kingman Family Worship Center, 4087 N. Eagle Drive, Kingman, Arizona. A fellowship luncheon will follow.