Bodies piling up in relation to Hunter McGuire murders 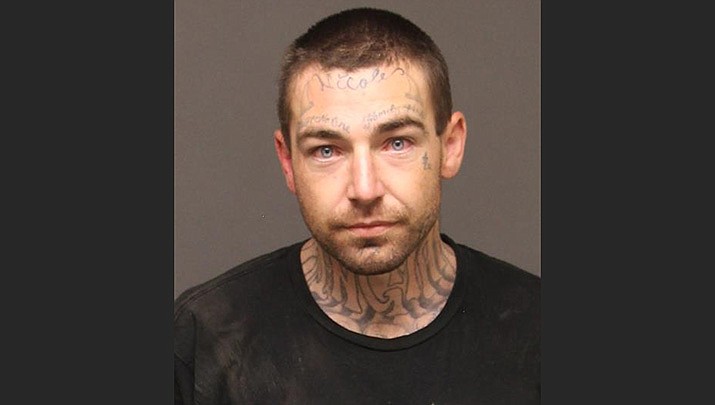 According to an MCSO news release, Blake was last seen or heard from around Aug. 3 and was reported missing by family members on Aug. 31.

During the course of the investigation, it was learned that Michael Turner Jr. and Hunter McGuire, 26, of Golden Valley, had both allegedly shot and killed Joshua Blake.

Blake’s body was then buried on an abandoned property located a short distance from where McGuire was living. Turner Jr. was living in Blake’s residence, in the 6200 block of Kingman Trail.

Just days before Blake’s disappearance, there had been an argument between the two over non-payment of rent and possible eviction.

Blake had also allegedly taken the blame for Turner Jr. shooting a subject at the property on June 8 and threatened to go to the police to report Turner Jr. as being the actual shooter.

Turner Jr., a prohibited possessor of firearms, was found to be in possession of a firearm and illegal narcotics during the traffic stop. Turner Jr. was booked into the Mohave County Adult Detention Facility where he has been in custody since.

On Wednesday, Oct. 27 detectives had identified the possible burial site of the victim on a property located in the area of S. Sacramento Road and W. Geronimo Drive. A search warrant was obtained and executed on the property. Detectives dug around the burial site and located human remains that had been buried approximately three feet down.

On Thursday, Oct. 28 the remains were positively identified as Joshua Blake. The current decomposition stage of the body was consistent with the time frame of when Blake had gone missing.

An autopsy will be conducted by the Mohave County Medical Examiner’s Office, who will release the official cause of death.

Turner Jr., who is currently in custody for unrelated charges, was additionally charged with murder in the first degree, and remains in custody at the Mohave County Adult Detention Facility.

Hunter McGuire, the second suspect, committed suicide after being pursued by law enforcement on Oct. 21 after being identified as committing multiple homicides in Kingman and Las Vegas.

This investigation is ongoing and additional information will be released as it becomes available.