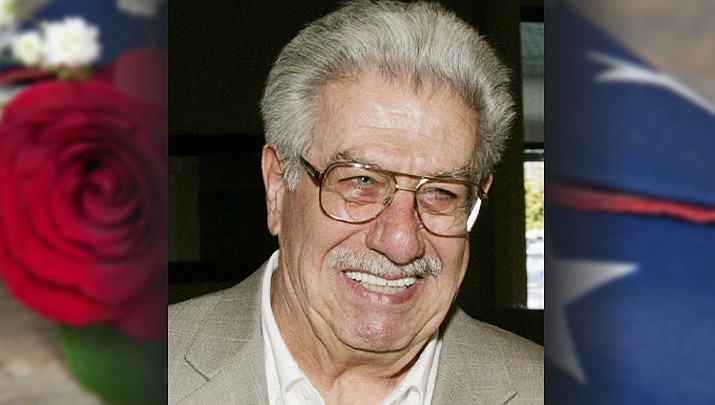 Tom was born on March 4, 1939, in Bridgeport, Connecticut to the late Anthony and Grace (Incerto) Anamasi. Tom was a devoted husband, loving father and grandfather, and beloved brother and friend.

He joined the Navy at 17 where he served honorably. Tom was a welder and foreman in iron shops in Bridgeport until he relocated to Sarasota, Florida, where he opened his own business.

He and JoAnn later moved to Kingman, Arizona where they resided for 27 years until her passing in June. Tom was a 4th degree Knight serving the Knights of Columbus for many years. He was creative, dabbling in stained glass and other sculpture works. Tom loved to cook for his family and friends and for many fundraisers for the Knights and other organizations.

The family would like to acknowledge the generous support and kindness that friends and neighbors have provided over the years, especially Darwin and Elaine Synder, Steve and Rebecca Davis, Donna and Jesse Kellum, and Rose Gaia of Kingman; as well as friends in Charlotte, North Carolina, especially Teresa Hu, Sergei and Lynda Bilcheck, Mary Shumway, Scott Andresen and Deb Scholl.

The family will announce a Celebration of Life at a later date. In lieu of flowers, please donate in Tom’s name to the Kingman Regional Medical Center Joan and Diana Hospice Home, 812 Airway Ave., Kingman, Arizona, 86409.