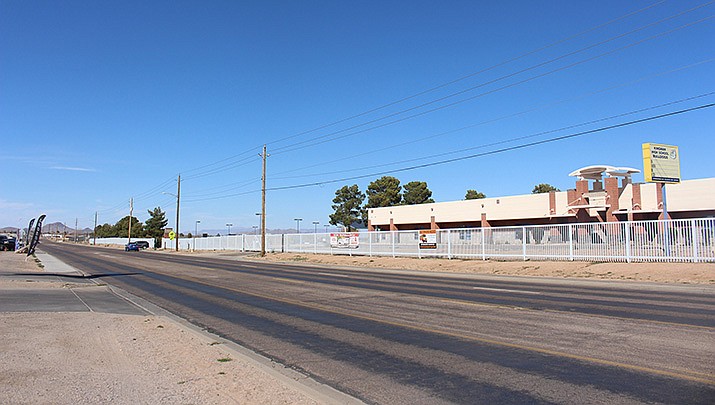 The Mohave County Sheriff’s Office is investigating a possible shooting threat made to Kingman High School this week. The high school is pictured. (Miner file photo)

KINGMAN – School Resource Officers at Kingman High School received information regarding a possible future shooting at the school, according to the Mohave County Sheriff’s Office.

The SRO notified MCSO detectives on Wednesday, Aug. 31, and they began an investigation into the allegations. Interviews with applicable students were conducted on Wednesday evening with nothing to substantiate the allegations, according to the news release from MCSO.

MCSO is continuing to investigate the threats, noting in the release that “we take all substantiated or unsubstantiated threats of this kind seriously.”

Deputies and detectives were on campus the morning of Thursday, Sept. 1 to provide added security and conduct further interviews.

“If it is determined that any legitimate threats were made, criminal charges will be filed on those that made them. The safety and security of our schools is of utmost importance to our deputies and administration,” MCSO wrote in the release.

No announcements from Kingman Unified School District were released on Wednesday or Thursday. News of the threats did not become public until Thursday, Sept. 1.

In May 2022 Kingman High School went into lockdown after false reports of a shooter on campus.