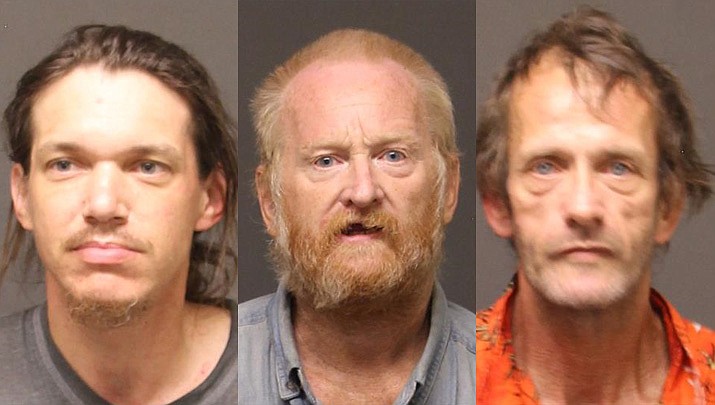 Deputies began to investigate the incident and suspect vehicle descriptions were obtained. An attempt to locate was sent out to local agencies in relation to the investigation. On Thursday, Sept. 1 the Fort Mojave Tribal Police Department located one of the suspect vehicles related to this incident traveling on Highway 95 in Mohave Valley.

Deputies and detectives with MCSO responded and contacted Hatchard, then responded to Hatchard's residence in the 1800 Block of Laguna Road in Mohave Valley. There they contacted Brent John Gordon, 37, and George Joseph Todd, 52, both of Mohave Valley.

According to law enforcement, evidence was located in a travel trailer that the individuals reside in that connects them to the crime. A confession was also allegedly obtained.

All three suspects were booked into the Mohave County Adult Detention Facility on suspicion of felony charges of burglary, theft and trafficking stolen property. The case is still actively being investigated.