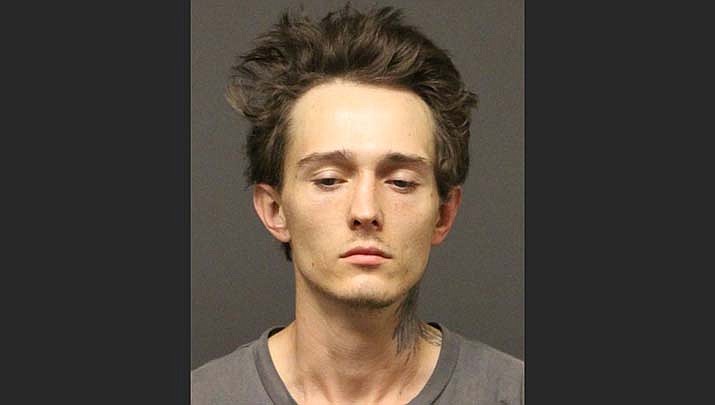 On Tuesday, Sept. 6 at 7:45 a.m., KPD officers responded to the area near East Andy Devine Avenue and the I-40 eastbound on-ramp to attempt to contact Wilcox, who was said to be camping in the area and was known to have outstanding warrants, according to a KPD news release.

Upon locating Wilcox, a short foot pursuit ensued and he was ultimately taken into custody. After his arrest, Wilcox made statements that he had swallowed an unknown quantity of fentanyl pills, according to law enforcement. Wilcox was transported to Kingman Regional Medical Center for treatment. On Thursday, Sept. 8 at about 1 p.m. Wilcox was medically cleared for jail.

According to law enforcement, while escorting Wilcox from the hospital, he complained of stomach pain and defecated in his hospital attire. Wilcox was taken to the restroom to clean up and when he exited he threw the fecal-soiled clothes at the officer and again tried to flee.

Wilcox was apprehended and additional felony charges of aggravated assault on a police officer and escape were added to his offenses. Wilcox was booked into the Mohave County Adult Detention Facility.