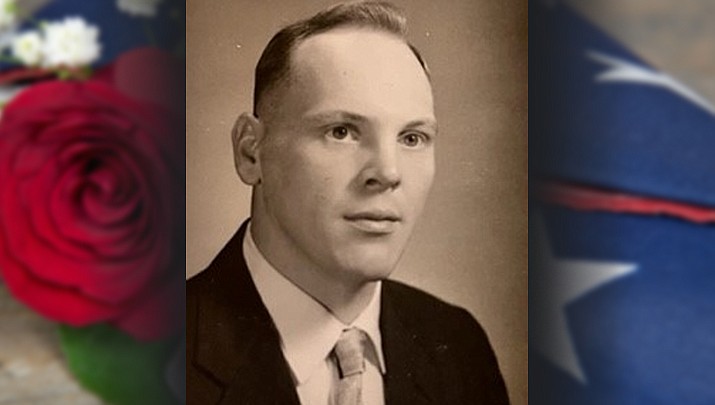 He was born April 25, 1930, in Youngstown Ohio. Ken graduated from South High School in 1948. He worked at the steel mill until being drafted for the Korean War.

A private in the Army from 1951-53, Ken worked in a railroad yard in Inchon, Korea. Back home in the states he met Kathryn Irene Greier in 1955 at Iseley’s where she worked part-time.

After graduating, Ken started working for the Veterans Administration in Dayton Ohio. His assignments as a personnel specialist also included stints in Brecksville, Ohio, and Ft. Lyon, Colorado.

He switched gears and found a job in Gallup, New Mexico with the Indian Health Service as a personnel specialist. He and Kate loaded up the 1950 Chevy complete with bird cage to make the move from Dayton to Gallup. After several years, he got a job with the Alaskan Native Health Service in Anchorage, Alaska as a specialist in personnel and was able to see a lot of the state in the 2 1/2 years they lived there.

An opportunity for a personnel officer for the Phoenix area Indian Health Service brought him back to the Southwest where he spent the rest of his career, retiring in 1980 at the age of 50.

He and Kate moved to Bullhead City, Arizona for her to continue her career, from 1987 until late 2003. Then they packed up again and moved into the house they built in northern Arizona on a cattle ranch east of Kingman. A few years after Kate’s passing, Ken moved to New Mexico to be near family.