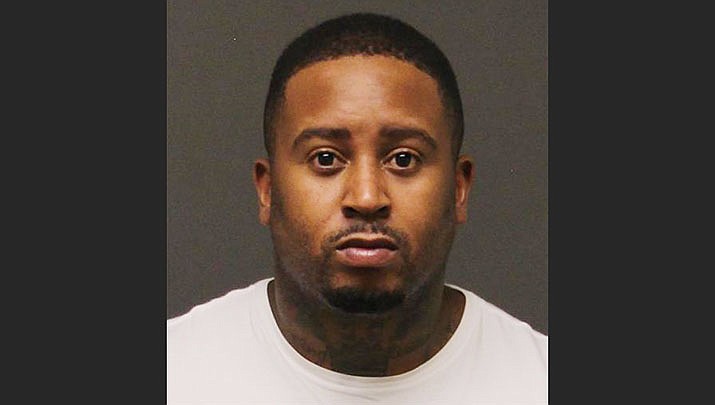 On Sunday, Sept. 4 at 7 a.m., deputies responded to a business in the 5200 block of Highway 95 for a shoplifting call. Upon arrival, deputies were advised by Loss Prevention staff that the involved suspect was still inside the store. Staff gave deputies a physical description of the suspect and as he exited the business deputies attempted to stop him.

The suspect allegedly attempted to flee the business on foot, however, backup deputies arrived on scene and the suspect stopped running. The suspect, identified as Parker, was detained and when asked for any weapons advised he had a pair of pliers in his pocket.

According to law enforcement, video surveillance was reviewed and Parker is observed going behind the counter with a pair of pliers in his hands and removing the items. He then allegedly places the stolen items into a bag, proceeds to the register to pay for an unrelated item and then leaves the store.

Parker exited the business and drove off in a dark-colored SUV. A short time later, the vehicle is observed coming back into the parking lot and Parker reenters the business. It is during this time that deputies arrived on scene to arrest him.

A records check revealed Parker has been arrested in California multiple times for similar crimes. Parker was arrested and transported to the Mohave County Adult Detention Facility without incident.