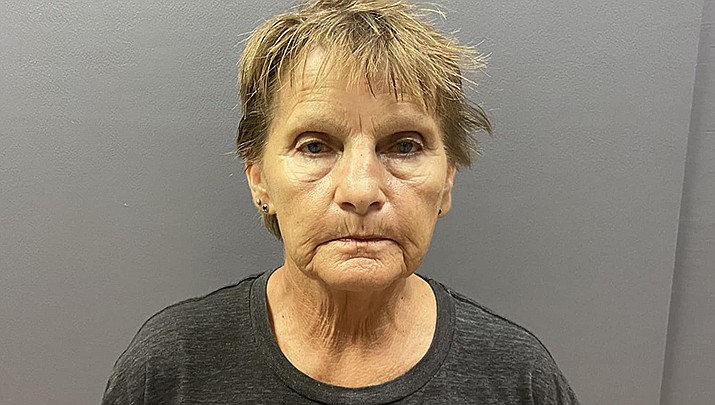 BULLHEAD CITY — A woman was arrested for allegedly burglarizing a house and while police were on scene investigating, a mummified deceased body was located in the bathtub.

On Saturday, Sept. 10 at about 3:30 a.m., Bullhead City Police Department police were called to a residence in the 100 block of Palm Avenue for a possible burglary in progress, according to BCPD. The neighbors reported they had not seen their neighbor in about a year and had assumed she moved away.

Christine Lee Walters, 65, was found inside the residence rummaging through the property. There were pry marks on the door indicating forced entry into the home. According to law enforcement, Walters was at the residence on Sept. 8 and removed purses, bags and clothing of the victim to attempt to sell online.

While police were on scene, they found a deceased person in the bathtub. The deceased body was in a mummified state and is believed to be the homeowner. It is unknown how long the body had been in the house.

Walters was booked on two counts of burglary in the Mohave County Jail in Kingman.

Detectives then served a search warrant into Walters’ residence and in her vehicle and located more items belonging to the victim, including her birth certificate, IRS paperwork, driver’s license and credit cards.

Detectives are seeking additional charges on Walters for theft of credit cards, possession of dangerous drugs and possession of drug paraphernalia, the police department wrote on its Facebook page.