Briefs: Flagstaff increasing its minimum wage to $16.80 per hour 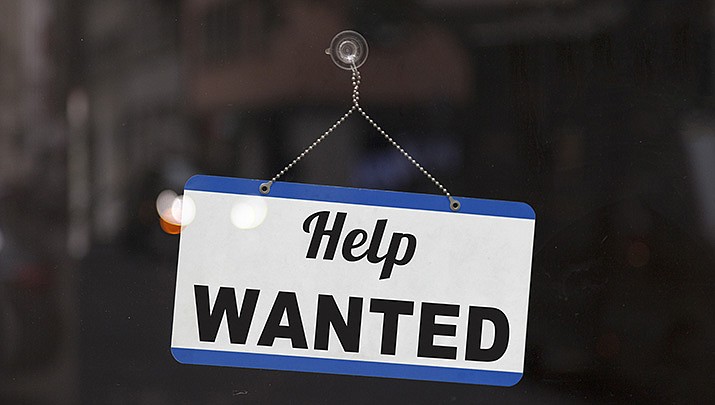 Voters passed a minimum wage act in November 2016 that stipulated the city’s minimum wage would be increased annually by the increase in the cost of living beginning in 2023.

The hike will be measured by the percentage increase as of August of the preceding year.

The U.S. Bureau of Labor Statistics released the consumer price index numbers for August 2022 and it was 8.3% greater than for August 2021.

Flagstaff officials said Tuesday that the minimum wage applies to all employees who work - or are expected to work - at least 25 hours within the city limits in a single calendar year.

WASHINGTON – Bill Richardson, the former U.S. ambassador to the United Nations and a frequent emissary in hostage negotiations who has worked to secure the releases of WNBA star Brittney Griner and another jailed American, Paul Whelan, visited Moscow this week and held meetings with Russian leaders, a person familiar with the matter said Tuesday night. The visit came as American officials have continued to press Russia to release Griner, who was sentenced last month to nine years in prison in a drug possession case, and Whelan, a Michigan corporate security executive serving a 16-year sentence on espionage-related charges. The U.S. government regards both as wrongfully detained.

Secretary of State Antony Blinken announced in July that the U.S. had made a “substantial proposal” to Russia to facilitate a swap. Though he did not detail the terms, a person familiar the matter said the U.S. had offered to release convicted Russian arms dealer Viktor Bout. In in interview with The Associated Press last month, Richardson said he was hopeful about the chances of a two-for-two prisoner swap. In cases like this, Richardson said at the time, “it’s proportional – two-for two.”

The person who confirmed Richardson's visit insisted on anonymity to discuss private negotiations. The Richardson Center for Global Engagement, which Richardson founded, issued a statement declining to comment on his visit. The nature of the dialogue and any outcome were not immediately clear. CNN was first to report Richardson's visit.

SELIGMAN – Two people have been found dead after a small plane crashed in a remote area of northwestern Arizona, authorities said Tuesday. Coconino County Sheriff’s officials said deputies out of the Williams/Grand Canyon substation responded to a report of a missing aircraft north of Seligman.

Officials with the Federal Aviation Administration said in a statement the single-engine Piper PA-46 went off the radar in a remote area of Seligman, which is between Kingman and Flagstaff. An Arizona Department of Public Safety helicopter out of Kingman helping in the search located the crash scene and confirmed there were two fatalities. The names, ages and hometowns of the victims weren’t immediately available.

The FAA and the National Transportation Safety Board will investigate the cause with the NTSB taking the lead.