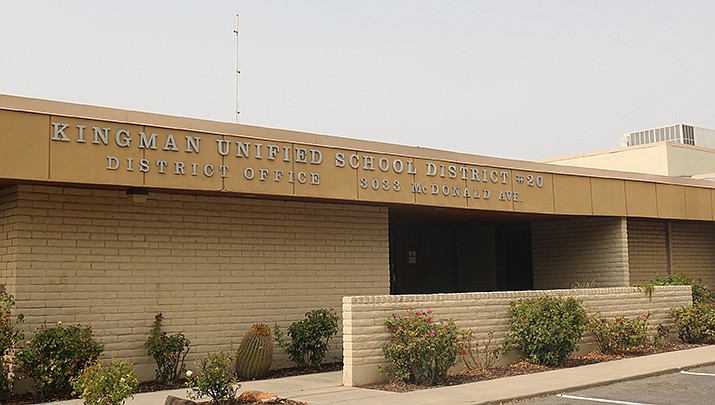 KINGMAN — Kingman Unified School District’s decision to outsource their custodial, maintenance and grounds responsibilities and staff to SSC Services for Education was met with friction, but the update sheds light on better pay and safety.

At the Tuesday, Sept. 13 school board meeting, SSC representative Bill McCarter explained that since the Knoxville-based organization took over, they’ve been able to meet the standards and demands of the district.

There are currently 66 employees working for the district hired under SSC with a goal of 72. The majority of the staff, 44, transitioned from KUSD while the remaining were hired by SSC when they took over the management duties in January.

“We lost some of those throughout the school year based on your past numbers of retention,” McCarter said. “Some left for personal reasons.”

McCarter said that SSC was able to transfer an employee that was moving to another job under SSC, which he said is a benefit to the organization. However, some former employees did not want to work for the school district under SSC.

“In some cases, it was a value added to the organization when people made personal decisions to go,” KUSD Superintendent Gretchen Dorner said.

At past meetings, employees were against the transition due to changing health care coverage under SSC. Others were concerned about micromanaging. However, Dorner said SSC offered safety and oversight support KUSD could not provide.

Since SSC’s takeover, there have been “zero lost-time incidents” out of 68,000 hours. Correct chemical storage and protective gear were addressed when SSC began, according to McCarter.

“When it came to safety it was pretty poor and that’s not uncommon when you’re understaffed and maybe a lack of management,” McCarter said.

Within the first year under SSC, employees have a different safety theme each month and managers hold meetings to discuss safety protocols. Examples include first aid and disaster preparedness.

While perks were reported, retention continues to be an issue. When KUSD first looked to SSC to combat recruiting and retention McCarter credited pay as one reason for turnover.

“There’s a great deal of turnover when we’re trying to dial it down,” McCarter said.

However, pay increases have been implemented since January. The previous KUSD average wage was $13.11, and the current average wage is $15.79. There was also a 50 cent wage hike the first day SSC took over plus the addition after 90 days to help cover insurance.

“I know that when we were trying to decide if we were going to work with SSC that it was controversial for our district, but I really appreciate that when a problem comes up that you own it, that you admit to not being perfect,” Board member Charles Lucero said. “I think that communication has been great.”