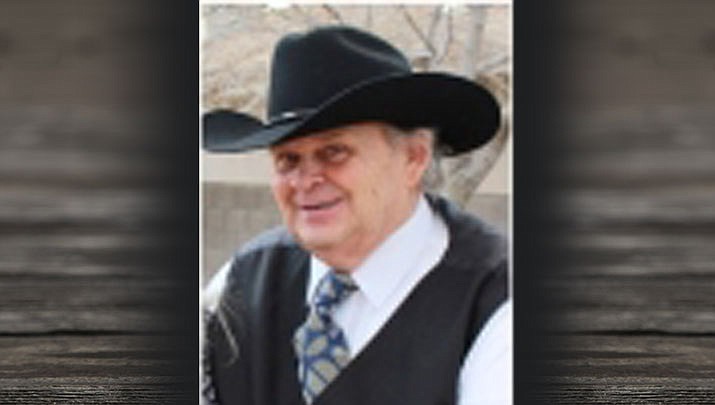 It is with great sadness that we announce the passing of our beloved husband, father, grandfather and great-grandfather, Walter Zimmerman, on Monday, September 5, 2022.

Walter was born on October 22, 1948 to Walter A. Zimmerman and Constance Stelmack-Zimmerman in Cleveland, Ohio. He married Rosalie Ann Sury and moved to Kingman, Arizona in March 1970. He is now in the loving arms of our Lord and Savior.

Walter grew up on a farm and always had a place in his heart for animals. While attending Mentor High School in Ohio, he played football and was on the wrestling team. He played linebacker on the three-time conference championship team. Walter worked for Penn Central Railroad in Ohio, which spurred his love of trains and led to his collection of many models and gauges of trains.

Walter was a craftsman in woodworking and construction building custom furniture and homes in Ohio and Arizona. He was a general contractor for both residential and commercial building for most of his life. Walter was a master mechanic and enjoyed solving challenges through machining and fabricating unique components to restore vehicles and machines to working order.

In the Kingman Community, Walter shared his passions and talents with several youth organizations. He volunteered as a coach for Kingman Youth football, mentor for the KHS first Robotics Team 60, sponsor for Kingman Youth Soccer League, and project leader and mentor for Mohave County 4-H and Kingman Future Farmers of America. Most recently, Walter, worked with 4-H youth helping them to learn leathercrafting. Walter served the congregation of Grace Lutheran Church as a greeter.

Walter’s family meant everything to him and he enjoyed spending time playing cards and board games with his wife, children, grandchildren, and great-grandchildren. He was a passionate connoisseur of old Western movies, had his favorite game shows to watch, and always had a model that he was working on. Walter always looked forward to sharing his knowledge and skills with his children and grandchildren, setting them up for success. He loved to decorate the house for holidays knowing that he would share those specials times with family and friends. He especially loved the big Christmas gatherings with family, food and fun. Walter enjoyed practical jokes and making people laugh. Most of all, Walter was a great provider and patriarch who is and always will be cherished and loved by family and friends.

A celebration of life ceremony will be held at Grace Lutheran Church in Kingman, Arizona on Sunday, September 25 at 4 p.m.