Unemployment rising, so is the minimum wage 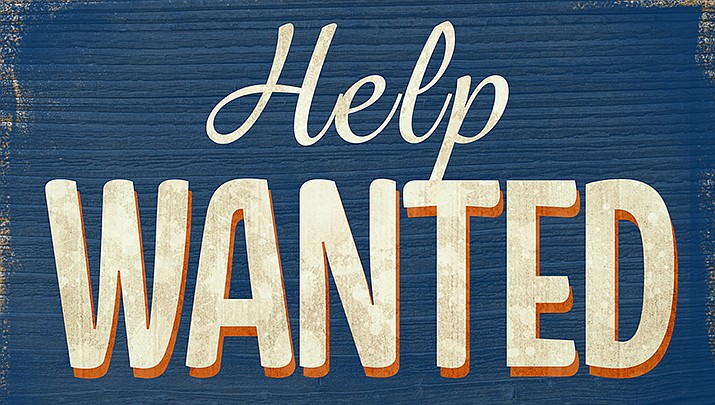 PHOENIX – Workers at the bottom of the Arizona wage scale are going to be legally entitled to a pay hike of $42 a week beginning in January.

And you can credit – or blame – inflation.

New figures reported Tuesday by the Arizona Bureau of Labor Statistics show that costs as measured by the Consumer Price Index for urban consumers, have risen 8.3% between August 2021 and last month.

What makes that important is that laws approved by voters in 2006 and again in 2016 require annual inflation adjustments based on the August annual figures.

Rounded to the nearest nickel, as required by statute, that translates out to $1.05 an hour on top of the current $12.80 figure.

A formal announcement, however, won’t come until Thursday. That’s when the state Industrial Commission, which has purview over the annual adjustment, has its regular meeting.

The latest state minimum wage hike comes after Tucsonans voted last year to impose their own $15-an-hour minimum wage by 2025.

The Tucson ordinance, though, is designed so that workers get the benefit of whatever calculation is more generous. So if any time the state figure is higher – as it will be in January – that becomes the floor.

Even with the big increase and the new $13.85 wage floor, the automatic boost being precipitated by Tuesday’s data may have little practical effect on what companies pay Arizona workers.

That’s because staff-starved businesses are finding they can no longer offer the minimum allowed by law and attract and retain employees. And that includes the restaurant and fast food industry which unsuccessfully fought to convince voters not to adopt a state minimum wage.

Had those businesses been successful, Arizona would have the same $7.25 an hour minimum wage that has been federal law now since 2009.

But Steve Chucri, president of the Arizona Restaurant Association, told Capitol Media Services neither the federal wage nor the new state minimum wage is particularly relevant now when members are hiring.

“Our ‘back of the house’ is making more money than ever before due to labor shortages and a whole host of reasons,’’ he said. “We’re well above the minimum wage in the back of the house.’’

That is borne out by a report from the state Office of Economic Opportunity.

For 2021, the most recent data available, fast food cooks already were earning an average $13.58 an hour. The figure for cooks at more traditional restaurants was $15.93.

And dishwashers were being paid an average of $14.08 an hour.

Who the state-mandated increase could help, Chucri said, are those in the front of the house.

The voter-approved laws do allow their wages to be set $3 an hour below the state minimum. But that is conditional on proof that their tips are making up the difference.

Where the higher wage may hurt, said Chucri, is down the road, after inflation has cooled and after there is better alignment between the number of open jobs and the number of people who want one.

Under other circumstances, he said, that could allow employers to offer less.

Only thing is, the state minimum wage law is a one-way ratchet: It can only go up. And even if there were deflation, there is no provision for it to ever go down.

In Mohave County, the unemployment rate increased from 4.5% to 5.3% in August compared to July. Last year in August the rate was 5.3.

Nationwide, unemployment rose to 3.7% from 3.5% between July and August, still better than the 5.2% logged in August of last year.

What restaurants are preparing to do is limit labor costs to counteract the minimum wage change.

Some fast-food and even casual dining spots direct customers to kiosks to place their orders and pay.

“And in the back of the house, we’re also seeing the introduction of robotic arms that are working in certain parts of the kitchen, whether it’s turning over fries or flipping burgers, whatever the case might be,’’ he said.

Arizona voters mandated in 2006 that the state have its own minimum wage not tied to the federal figure. That set the bottom of the pay scale here at $6.75 an hour, $1.60 higher than what federal law mandated at the time.

Plus there were inflation adjustments.

A decade later, voters decided to turbocharge the raises, imposing a $10 minimum with automatic increases up to $12 as of 2020.

Two years ago, with inflation at just 1.3%, that gave workers at the bottom an extra 15 cents an hour.

What’s driving this year’s inflation figure, not surprisingly, is the cost of fuel.

There has been a sharp drop recently, including a 10.6% reduction just last month. But even with that, BLS reports that gasoline prices are up 25.6% over a year earlier.

There also has been a 33% increase in the cost of piped gas, versus a 15.8% hike in electricity.

And grocery prices are up 13.5% year over year. But the cost of eating out has risen by just 8%.

Shelter prices, including rent and what the BLS calls the owners’ equivalent rent of residences, are up 6.2% nationally.

Most notably, annual inflation is up 13% compared with 8.3% nationally. And that is largely driven by a 17.1% year-over-year increase in housing costs, a reflection of sharply higher home prices and rents.